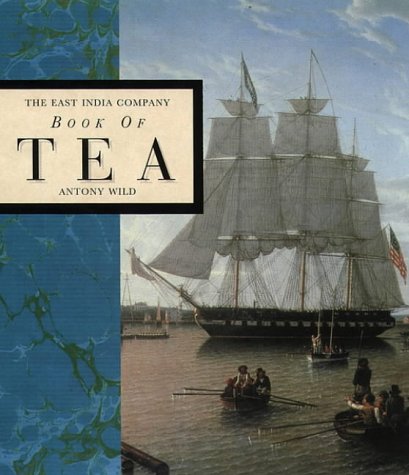 Coffee and tea are two of the world's most popular beverages, but they are so much a part of daily life that people tend to take them for granted. As with wine, there are everyday, mass-produced coffees and teas, and rare and expensive ones. This guide takes the reader behind the scenes to relate the story and colourful history of tea - where it comes from, how they are produced, the true origins of famous blends, the many different ways of drinking tea and the best of the brews. This book should be of interest to both the casual reader and the dedicated gourmet, and inform with unusual anecdotes and illustrations. The East India Company played a vital role in the development of tea-drinking in Europe and America, and the author's long association with the trade gives the book a unique perspective. It is for anyone interested in tea whether they drink it without a thought, or go to the lengths of blending their own tea leaves or buying speciality blends. Anthony Wild is the author of the "East India Book of Coffee".

The mysteries of the best-loved beverage revealed

Advice on how to choose the best of the brews

Includes tea recipes from around the world

Since history began, tea has been a much-loved and sought-after beverage.
Its story is told here in fascinating detail, from its early discovery in China to its adoption in the West and final world-wide acceptance. The East India Company was a vital catalyst on the British nation's love affair with tea, which has lasted to this day, but its influence was also felt in America where the Company's tea was tipped into Boston harbour at the infamous tea party. 'The East India Company Book of Tea' illustrates lavishly the tea story, as well as offering advice on the different varieties and the best ways of brewing tea from all around the world. Add some wonderful recipes, some strange tales and many previously little-known facts, and the stage is set for the story of tea – 'water bewitched'!

Antony Wild has tea and coffee running in his blood; his great-uncle started the famous 'Betty’s Tearooms' in his native Yorkshire, and he has gone on to help revitalise the best-known name in the history of tea, the East India Company. Regarded as one of this country's leading experts, he has written and broadcasted widely on tea and coffee, and has visited many of the countries where they are produced. He is a regular contributor to 'Taste' magazine.