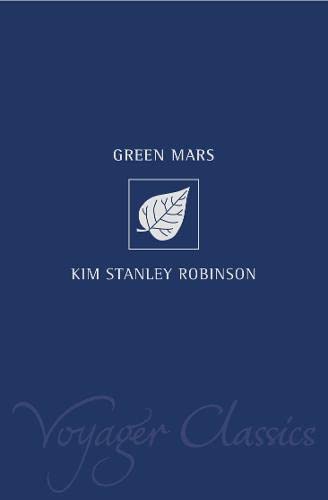 ‘One of the finest working novelists in any genre’
GUARDIAN

'If I had to choose one writer whose work will set the standard for science fiction in the future, it would be Kim Stanley Robinson’
NEW YORK TIMES

Praise for The Mars Trilogy:

‘One of the finest works of American SF’
TIMES LITERARY SUPPLEMENT

‘A staggering book. The best novel on the colonization of Mars that has ever been written’
Arthur C. Clarke

The second volume in the bestselling Mars trilogy – and now part of the Voyager Classics collection.

Mars can be plundered – for the benefit of a ravaged Earth. It can be terraformed to suit Man’s needs – frozen lakes form, lichen grows, the atmosphere slowly becomes breathable. But most importantly, Mars can be owned. On Earth, countries are bought and sold by the transnationals. Why not Mars too?

Man’s dream is underway, but so is his greatest test. The survivors of the First Hundred – Hiroko, Nadia, Maya and Simon among them – know that technology alone is not enough. Trust and co-operation are need to create a new world – but these qualities are as thin on the ground as the air they breathe.

Buchbeschreibung Voyager, 2001. Paperback. Zustand: Used; Good. = **Simply Brit** Shipped with Premium postal service within 24 hours from the UK with impressive delivery time. We have dispatched from our book depository; items of good condition to over ten million satisfied customers worldwide. We are committed to providing you with reliable and efficient service at all times. Bestandsnummer des Verkäufers 2961972