Verwandte Artikel zu The Lord of the Rings

The Lord of the Rings 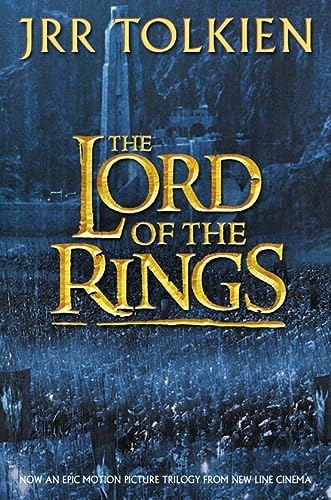 ‘Masterpiece? Oh yes, I’ve no doubt about that.’
Evening Standard

‘Among the greatest works of imaginative fiction of the 20th century.’
Sunday Telegraph

‘When it comes to the nation’s favourite books, one title runs rings round all the others. J.R.R. Tolkien’s The Lord of the Rings was chosen by an astonishing 20 per cent of readers in the survey conducted by W H Smith.’
Daily Mail, 4 August 2000

Since it was first published in 1954, The Lord of the Rings has been a book people have treasured. Steeped in unrivalled magic and otherworldliness, its sweeping fantasy has touched the hearts of young and old alike. Nearly 100 million copies of its many editions have been sold around the world, and occasional collectors’ editions become prized and valuable items of publishing.

Now, the epic fantasy is to be filmed, with the first part of the movie trilogy, The Fellowship of the Ring, being released simultaneously worldwide on 14 December 2001 – the second and third parts, The Two Towers and The Return of The King, following at yearly intervals.

Already, the hype surrounding the filming of this monumental work has reached fever pitch, and images of the characters and landscape have become eagerly sought after. In order to whet the appetites of the millions of fans around the globe we will be publishing a special edition of the popular one-volume paperback, featuring an exclusive early – as yet unseen – image from the film.

A world exclusive edition of the Book of the Century, soon to be revealed as the movie experience of a lifetime.

1. The Lord Of The Rings