The Rebirth of Druidry: Ancient Earth Wisdom for Today 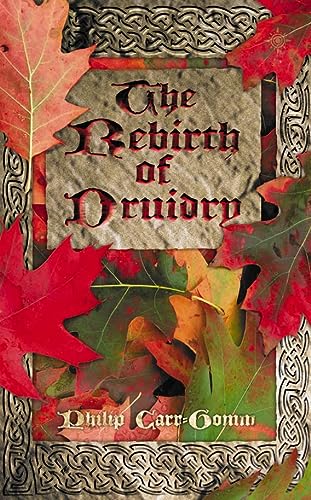 The definitive guide to the modern Druid movement, with essays from the Chief Druids of Britain, France and America, as well as from established writers, mystics, historians, healers and psychologists.

Contents:
· The history and traditions of the Druids.
· Why Celtic spirituality is now enjoying a renaissance.
· The Druid revival in modern America
· British and European Druids.
· Modern Druidry and the rise of the environmental movement.
· Natural healing – alternative medicine and modern Druidry.
· The re-enchantment of modern life – how magic became mainstream.

Philip Carr-Gomm is a writer, psychologist, and Druid of world renown. He is the author of The Druid Way, The Elements of the Druid Tradition, Druidcraft, co-author of The Druid Animal Oracle, and editor of The Book of Druidry. He is the chief Druid of The Order of Bards Ovates and Druids, one of the largest international Druid groups, and he combines his role as Chief Druid with a private practice in psychotherapy, writing and giving workshops world-wide.

1. The Rebirth of Druidry: Ancient Earth Wisdom for Today