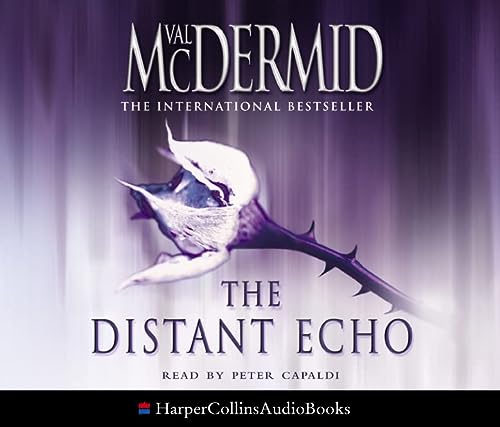 Praise for The Distant Echo:

‘A classic ... McDermid pulls out all the stops. Impeccable’ Guardian

‘A few more sly, old-fashioned whodunits like this and she’ll join the sturdy ranks of the queens of crime, on course to become Dame Val or Baroness McDermid’ Sunday Times

‘She has created some of the most appealing figures in current crime fiction. Val McDermid has used the crime genre to write a novel that, above everything else, celebrates life and loyalty’ TLS

‘A real page-turner and another McDermid triumph’ Observer

‘A powerful story of murder and revenge ... an exciting page-turner’ Sunday Telegraph

‘The queen of crime’ Independent

‘Val McDermid is undoubtedly the queen of British crime’ Observer

‘One of today’s most accomplished crime writers’ Literary Review

‘Her writing is never less than excellent’ Crime Time

The award-winning Number One bestseller and Queen of crime fiction Val McDermid carves out a stunning psychological thriller. The past is behind them, but what’s still to come will tear them apart...

Some things just won’t let go.
The past, for instance.
That night in the cemetery.
The girl’s body in the snow.

On a freezing Fife morning four drunken students stumble upon the body of a woman in the snow. Rosie has been raped, stabbed and left for dead in an ancient Pictish cemetery. And the only suspects are the four young men now stained with her blood.

Twenty-five years later the police mount a ‘cold case’ review of Rosie’s unsolved murder and the four are still suspects. But when two of them die in suspicious circumstances, it seems that someone is pursuing their own brand of justice. For the remaining two there is only one way to avoid becoming the next victim – find out who really killed Rosie all those years ago...