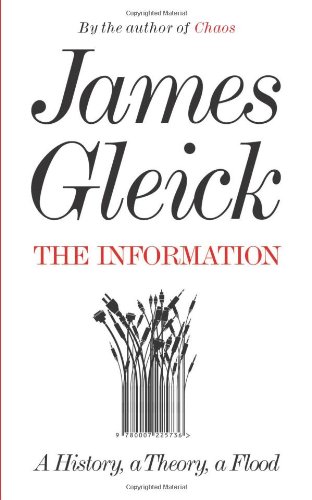 On FASTER:
‘It's an important portrait of an age; a learned, witty, eclectic treatise, and it might even help you to slow down. So don't hang around – go out and buy it right now.’ Robert Macfarlane, Observer

‘Brilliantly dissects our unceasing daily struggle to squeeze as much as we can into the 1,400 minutes of the day.’ Sunday Times Books of the Year

On ISAAC NEWTON
'The book has the magic of a wonderful laboratory experiment...A masterpiece of clarity – so difficult to write, so easy to read.' Michael Holroyd

'A fresh and brilliant portrait of his personality and life, the people who mattered to him, the influences which played on him, and the contexts of his achievements.' Oliver Sacks

'After reading Jim Gleick's beautifully written and intimate portrait of Newton, I felt as is I'd spent an evening by the fire with that complex and troubled genius.' Alan Lightman

'It's beautifully paced and very stylishly written: compact, atmospheric, elegant. It offers a brilliant and engaging study in the paradoxes of the scientific imagination' Richard Holmes

Winner of the Royal Society Winton Prize for Science Books 2012.

James Gleick, the author of the bestsellers ‘Chaos’ and ‘Genius’, brings us his crowning work: a revelatory chronicle that shows how information has become the modern era’s defining quality – the blood, the fuel, the vital principle of our world.

We live in the information age. But every era of history has had its own information revolution: the invention of writing, the composition of dictionaries, the creation of the charts that made navigation possible, the discovery of the electronic signal, the cracking of the genetic code.

In ‘The Information’ James Gleick tells the story of how human beings use, transmit and keep what they know. From African talking drums to Wikipedia, from Morse code to the ‘bit’, it is a fascinating account of the modern age’s defining idea and a brilliant exploration of how information has revolutionised our lives.

1. Information: A History, a Theory, a Flood

2. Information: A History, a Theory, a Flood