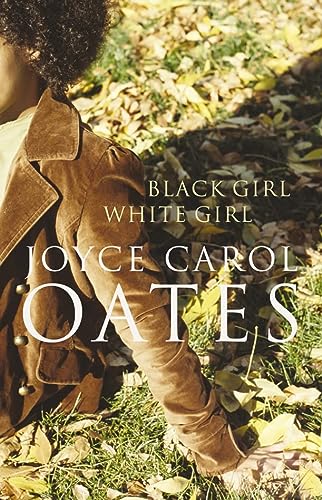 'Oates is digging her pen into the sensitive heart of the race question, with all the intelligence and humanity we have come to expect from this brilliant and bafflingly prolific writer.' The Times

'The prolific Oates is bang on form with this one, a cunningly loaded mix of post-Nixon paranoia, public racism and private madness.' Metro

‘Failures of communication seem both tragic and inevitable in a novel that reveals its author’s awareness of the complexities involved in personal and political relationships too often portrayed as stereotypes.’ Sunday Times

‘Where the novel truly stands out is in its depiction of its two protagonists. Genna is a fine portrait on the coruscating effects of guilt on a young soul. Her halting, self-lacerating voice is painfully acute, such as when she ponders whether the persecution of her roommate is just a malicious dormitory prank or much worse.’ Guardian

A controversial, painfully intimate depiction of race in America by the esteemed author of ‘We Were the Mulvaneys’, ‘Blonde’ and ‘The Falls’.

Fifteen years after the mysterious death of Minette Swift – a 19-year-old black girl enrolled as a scholarship student in an exclusive liberal arts college – her former roommate Genna begins an unofficial enquiry into the traumatic event. In reconstructing the girls' tumultuous freshman year at the college, Genna is lead also to reconstruct her life as the daughter of a famous ‘radical-hippie-lawyer’ of the 1960s among whose clients were anti-Vietnam War protestors wanted by the F.B.I.

What follows is a gripping, painful, and intimate depiction of 'black' and 'white' in America in the years of crisis following the end of the Vietnam War and the ignominious exposure and fall of President Richard Nixon.