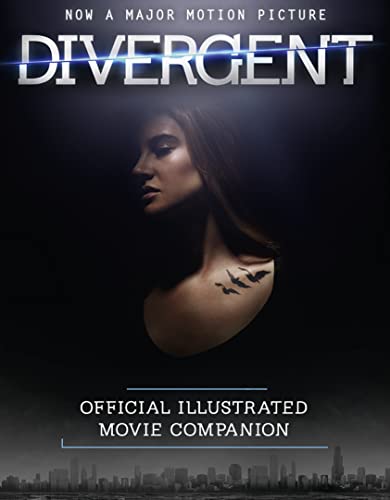 “The next big thing.” (Rolling Stone )

“If you like Hunger Games & Twilight, then get stoked for DIVERGENT! Trust us on this―this baby is going to blow up BIG! And if you chose to remain factionless, then you’re gonna be one lonely soul.” (PerezHilton.com )

“A taut and shiveringly exciting read! Tris is exactly the sort of unflinching and fierce heroine I love. I couldn’t turn the pages fast enough.” Melissa Marr, bestselling author of Wicked Lovely

“DIVERGENT is a captivating, fascinating book that kept me in constant suspense and was never short on surprises. It will be a long time before I quit thinking about this haunting vision of the future.” James Dashner, author of ‘The Maze Runner’

“Well-written and brilliantly executed, DIVERGENT is a heart-pounding debut that cannot be missed. Tris stands out in her action-packed, thrilling, and emotionally honest journey to determine who she wants to be in a society that demands she conform. It’s dystopian fiction at its best!” Kiersten White, New York Times bestselling author of PARANORMALCY

“A memorable, unpredictable journey from which it is nearly impossible to turn away” – Publishers Weekly

“Divergent holds its own in the [dystopian] genre, with brisk pacing, lavish flights of imagination and writing that occasionally startles with fine detail.” – New York Times

With never-before-seen photos; personal interviews with the directors, actors, and writers; and exclusive extras, this lush, oversize volume is a true behind-the-scenes look at the filming of Divergent.