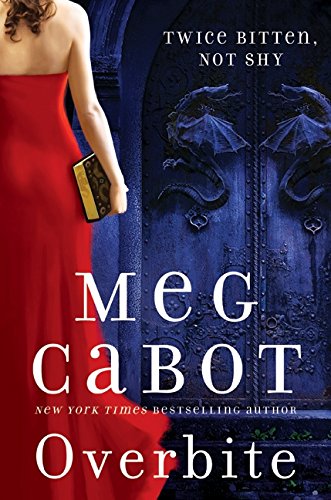 Now working for the Palatine Guard--a powerful secret demon-hunting unit of the Vatican--Meena Harper, who has a special gift, tries to win over her co-workers as well as her new partner Alaric Wolf while investigating Manhattan's newly appointed young monsignor. 100,000 first printing.

Meena Harper has a special gift, but it’s only now that anyone’s ever appreciated it. The Palatine Guard—a powerful secret demon-hunting unit of the Vatican—has hired her to work at their new branch in Lower Manhattan. With Meena’s ability to predict how everyone she meets will die, the Palatine finally has a chance against the undead.

Sure, her ex-boyfriend was Lucien Anton­escu, son of Dracula, the prince of darkness. But that was before he (and their relationship) went up in flames. Now Meena’s sworn off vampires for good . . . at least until she can prove her theory that just because they’ve lost their souls doesn’t mean demons have lost the ability to love.

Meena knows convincing her co-workers—including her partner, über-demon-hunter Alaric Wulf—that vampires can be redeemed won’t be easy . . . especially when a deadly new threat seems to be endangering not just lives of the Palatine, but Meena’s friends and family as well.

But Meena isn’t the Palatine’s only hope. Father Henrique—aka Padre Caliente—New York City’s youngest, most charming priest, has also been assigned to the case.

As she begins unraveling the truth, Meena finds her loyalties tested, her true feelings laid bare . . . and temptations she never even imagined existed impossible to resist.

This time, Meena may finally have bitten off more than she can chew.

Buchbeschreibung WilliamMr, U.S.A., 2011. Soft cover. Zustand: New. Zustand des Schutzumschlags: New. 1st Edition. Fist Edition-First Printing with correct number line.Nobody does vampires like Meg Cabot, #1 New York Times bestselling author of The Princess Diaries and Queen of Babble novels. Overbite is Meg's sexy and hip sequel to her bestselling Insatiable, the story of a soap opera writer with precognitive powers who is recruited into the Vatican's war against demons and the undead. Unfortunately Meena Harper has a major Achilles Heel namely her lingering affection for her ex-boyfriend, Lucien Antonescu, son of Dracula, the prince of darkness. Anyone who loves Twilight, True Blood, and Lynsay Sands, not to mention the fiction of Sophie Kinsella, Jennifer Weiner, and Jane Green, is going to want to sink their teeth into Overbite. Bestandsnummer des Verkäufers 004364