Leslie, Scott 100 Under 100: The Race to Save the World's Rarest Living Things

100 Under 100: The Race to Save the World's Rarest Living Things 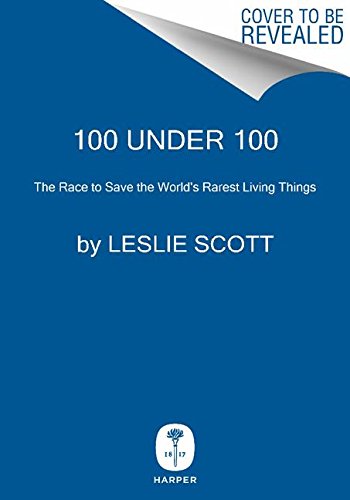 Scientists estimate that the total biodiversity on Earth is between 10 million and 100 million species. Of these, just over 1.6 million and counting have actually been catalogued and described. One percent, or 16,306, of those species are threatened with extinction, about one-fifth of them critically. Of this group, some have vanishingly small populations in the double or single digits. A few species, including the Pinta Island giant tortoise and the Yangtze giant softshell turtle, sit squarely on the border of extinction in the wild with a population of one. In 100 Under 100, Scott Leslie tells the fascinating stories of species in far-flung places nobody ever hears about, like the northern hairy-nosed wombat, the Gorgan mountain salamander or the Irrawaddy river shark. Closer to home are the Vancouver Island marmot, the Wyoming toad and the Devil's Hole pupfish. Leslie also tells stories of hopeful progress, as some of the rarest of the rare are back from the brink of extinction through the dedicated efforts of people around the world.

SCOTT LESLIE is an award-winning photographer and author of five books including Bay of Fundy: A Natural Portrait, Woodland Birds of North America and Wetland Birds of North America. His writing has appeared in Reader's Digest, Harrowsmith, Scuba Diving, EarthKeeper and Canadian Wildlife. He has won an Atlantic Journalism Award twice, was nominated for a National Magazine Award in 2005 and is a category winner of the Nature's Best International Wildlife Photography Competition.