Verwandte Artikel zu Mother Can You Hear Me?

Forster, Margaret Mother Can You Hear Me?

Mother Can You Hear Me? 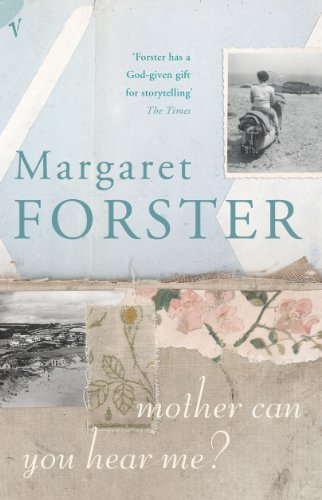 "Margaret Forster's...novel about mothers and daughters...is one of the most painfully honest I have ever read. It raised agonising questions about female identity, asking whether the role of mother leaves anything over for the individual woman, and whether daughters can ever shake off the past" (Joan Smith Guardian)

"A new work by Margaret Forster always gives me a tingle of anticipation. Her books are consistently good reads, packed with originality and imagination" (Val Hennessy Daily Mail)

Angela Bradbury's 'Poor Mother' : delicate, humble, permanently disappointed, has made endless sacrifices for her family, for which they can never quite be grateful enough. 'You can't please your mother', as her father says.

Even now, just one phone call from Mother can send Angela spiralling into guilt, self-recrimination and doubts over her own abilities as a mother. Worryingly, Angela's relationship with her own daughter Sadie seems to be going the same way, as Sadie develops into a sullen, unresponsive adolescent. It seems that motherhood is a heritage of disappointments and broken promises. But Angela is determined that, somehow, her relationship with Sadie will be different.

2. Mother Can You Hear Me? [Paperback] Margaret Forster