Samira & Samir: The Heart Rendering Story of Love and Oppression in Afghanistan 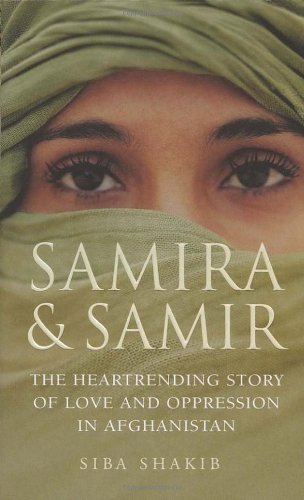 With her bestseller, Afghanistan, Where God Only Comes to Weep, Siba Shakib drew attention to the distressing situation of Afghan women. Taking up this theme again, she now tells a wonderful story of love and courage, and of a remarkable woman who finds her own path in life. When the young girl, Samira, is born, her father - a brave commander fighting in the mountainous land of Afghanistan - decides to bring her up as a boy known as Samir. Soon the fact that Samir is really a girl has been forgotten. Samir learns to fight, ride and shoot, and when her father is killed, she becomes head of the family. However, as an adult, Samir's love for the friend of her youth forces her to confess the truth. She wants to live as Bashir's wife but in return she must reveal her female identity and, in so doing, give up her freedom. Samira follows her heart but she hates wearing the veil. Eventually the torment is too great and Samira realises there has to be a third way for her - the way of a self-confident woman who bravely takes charge of her own life... (2004-09-22)

Born in Iran, Siba Shakib grew up in Tehran and attended a German school there. A writer and maker of documentaries and films, she has travelled to Afghanistan many times over the last five years, visiting the north as well as the territory that was commanded by the Taliban. Several of her documentaries have won awards, including the moving testimonials she has made of the horrors of life in Afghanistan and the plight of the Afghan women. She lives in New York and Germany. (2004-09-22)

1. Samira and Samir : The Stunning True Story of Love and Freedom in Afghanistan