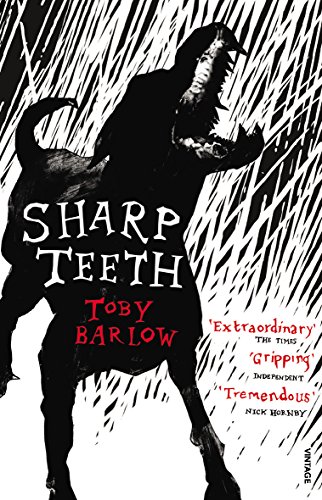 "Alongside the sharp plotting, the poetry is exhilarating to read...The book's emotional register is similarly expansive, moving from the drily witty to the horrific and, often unexpectedly, the very moving. But beneath growls an unbroken note of menace...A love story so taut that you could floss with it" (The Times)

"Violent...Tender...Cool...Ambitious...it's about identity, community, love, death, and all the things we want our books to be about" (Nick Hornby)

"Forget any reservations you might have about werewolf stories or verse novels. This is great, engaging, wonderful stuff. Sondheim should make it his next musical" (Michael Moorcock)

"The blending of urban heat and gothic savagery is blackly funny - and it works beautifully. The idea of lycanthropy has never been so hypnotically lyrical. And the romantic relationship between the human dog handler Anthony and secret shape shifter Sasha is drawn with real tenderness. There is biting comedy, too" (Daily Telegraph)

"Daringly original... A wonderously strange story. His evocation of urban werefolf underworld is both inventive and probable" (New Statesman)

An ancient race of lycanthropes survives in modern L.A. and its numbers are growing as packs convert the city's downtrodden into their fold. Stuck in the middle are a local dogcatcher and the woman he loves, whose secret past haunts her as she fights a bloody one-woman battle to save their relationship.

Buchbeschreibung Paperback. Zustand: Good. All orders are dispatched the following working day from our UK warehouse. Established in 2004, we have over 500,000 books in stock. No quibble refund if not completely satisfied. Bestandsnummer des Verkðufers mon0005795452

Buchbeschreibung Paperback. Zustand: Used; Good. **Simply Brit** Shipped with Premium postal service within 24 hours from the UK with impressive delivery time. We have dispatched from our book depository; items of good condition to over ten million satisfied customers worldwide. We are committed to providing you with reliable and efficient service at all times. Bestandsnummer des Verkðufers 1439716

Buchbeschreibung Paperback. Zustand: Used; Good. **SHIPPED FROM UK** We believe you will be completely satisfied with our quick and reliable service. All orders are dispatched as swiftly as possible! Buy with confidence!. Bestandsnummer des Verkðufers mon0001807080

Buchbeschreibung Paperback. Zustand: Good. A slight tan to the page edges. A few small marks to the page edges. Good condition is defined as: a copy that has been read but remains in clean condition. All of the pages are intact and the cover is intact and the spine may show signs of wear. The book may have minor markings which are not specifically mentioned. Most items will be dispatched the same or the next working day. Bestandsnummer des Verkðufers wbb0018443671

Buchbeschreibung Paperback. Zustand: Very Good. The book has been read, but is in excellent condition. Pages are intact and not marred by notes or highlighting. The spine remains undamaged. Bestandsnummer des Verkðufers GOR002005043

Buchbeschreibung Zustand: Good. A+ Customer service! Satisfaction Guaranteed! Book is in Used-Good condition. Pages and cover are clean and intact. Used items may not include supplementary materials such as CDs or access codes. May show signs of minor shelf wear and contain limited notes and highlighting. Bestandsnummer des Verkðufers 0099512467-2-4

Buchbeschreibung Paperback. Zustand: Very Good. Sharp Teeth This book is in very good condition and will be shipped within 24 hours of ordering. The cover may have some limited signs of wear but the pages are clean, intact and the spine remains undamaged. This book has clearly been well maintained and looked after thus far. Money back guarantee if you are not satisfied. See all our books here, order more than 1 book and get discounted shipping. . Bestandsnummer des Verkðufers 7719-9780099512462