The Damnation of Theron Ware: Or Illumination (Classics) 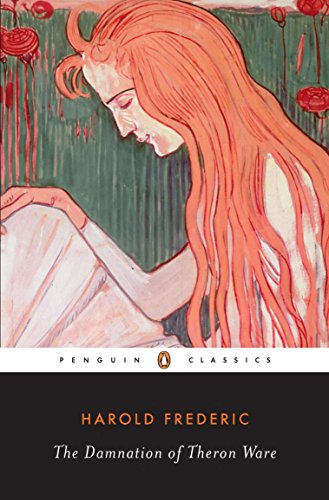 This Faustian tale of the spiritual disintegration of a young minister, written in the 1890s, deals subtly and powerfully with the impact of science on innocence and the collective despair that marked the transition into the modern age. In its realism, The Damnation of Theron Ware foreshadows Howells; in its conscious imagery it prefigures Norris, Crane, Henry James, and the "symbolic realism" of the twentieth century. Its author, Harold Frederic, internationally famous as London correspondent for the New York Times, wrote the novel two years before his death.

Scott Donaldson is an accomplished biographer and the Louise G. T. Cooley Professor of English at the College of William and Mary, emeritus. His publications include Fitzgerald and Hemingway: Works and Days (2009), Hemingway vs. Fitzgerald: The Rise and Fall of a Literary Friendship (1999), John Cheever: A Biography (1988), and Fool for Love: F. Scott Fitzgerald (1983). His Archibald MacLeish: An American Life (1992) won the Ambassador Book Award for biography.

Martin Puchner holds the H. Gordon Garbedian Chair in English and Comparative Literature at Columbia University and is the author of Stage Fright: Modernism, Anti-Theatricality, and Drama (2002) and Poetry of the Revolution: Marx, Manifestos, and the Avant-Gardes (2006; winner of the MLA's James Russell Lowell Award). His edited books and introductions include Six Plays by Henrik Ibsen (2003), Lionel Abel's Tragedy and Metatheatre (2003), The Communist Manifesto and Other Writings (2005), and Modern Drama: Critical Concepts (2007). He is the co-editor of Against Theatre: Creative Destructions on the Modernist Stage (2006) and currently serves as editor of Theatre Survey.