The Origin of Life (Penguin Science) 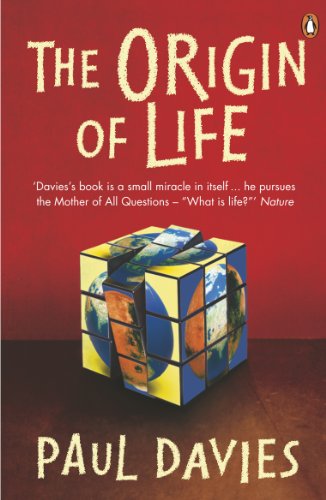 From award-winning science writer Paul Davies, The Origin of Life reveals the remarkable new theories set to transform the understanding of our place in the universe.

Is life written into the laws of nature, or just a bizarre accident, unique in the universe? How can a mix of non-living chemicals be transformed into something as complex as the living cell?

Acclaimed physicist, astrobiologist and writer Paul Davies presents evidence that life began billions of years ago kilometres underground, arguing that it may well have started on Mars and spread to Earth in rocks blasted off the Red Planet by asteroid impacts. This solution to the riddle of life's origin has sweeping implications for the nature of the universe and our place within it, and opens the way to a radical rethinking of where we came from.

'One of a handful of first-rate scientists who are popular writers. If you are going to read only one book on the origin of life, seriously consider this one'
The New York Times

'Davies succeeds not only in being provocative and controversial, but in maintaining the rigorous scientific approach of the physicist... a classic example of how to present a scientific case, and an insight into the way good scientists work'
John Gribbin, Independent

Paul Davies has achieved an international reputation for his ability to explain the significance of advanced scientific ideas in simple language. He is the author of some twenty books, including Superforce, God and the New Physics, The Mind of God, The Last Three Minutes, Are We Alone? and How to Build a Time Machine.

Paul Davies is an internationally acclaimed physicist, writer and broadcaster, who holds the position of Professor of Natural Philosophy in the Australian Centre for Astrobiology at Macquarie University, Sidney.

He is the suthor of over twenty books, including The Mind of God, About Time and How to Build a Time Machine.

1. The Origin of Life (Penguin Science)

2. The Origin of Life

3. THE ORIGIN OF LIFE (PENGUIN SCIE