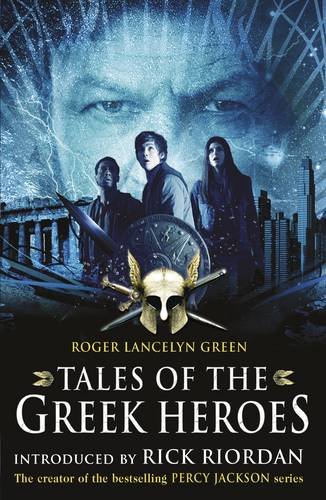 Explore the real Greek myths behind Percy Jackson's story - he's not the first Perseus to have run into trouble with the gods . . .

These are the mysterious and exciting legends of the gods and heroes in Ancient Greece, from the adventures of Perseus, the labours of Heracles, the voyage of Jason and the Argonauts, to Odysseus and the Trojan wars.

Introduced with wit and humour by Rick Riordan, creator of the highly successful Percy Jackson series.

Roger Lancelyn Green was born in 1918 and lived in Oxford and at his family home in Cheshire, which the Greens had owned for more than 900 years. He loved storytelling and was fascinated by traditional fairy tales, myths and legends from around the world. He was a professional actor, a librarian and a teacher. His retellings include Egyptian, Greek and Norse legends, plus a retelling of Robin Hood. He also wrote many books for adults, including a biography of his friend C. S. Lewis, creator of the The Chronicles of Narnia. Roger Lancelyn Green died in 1987.