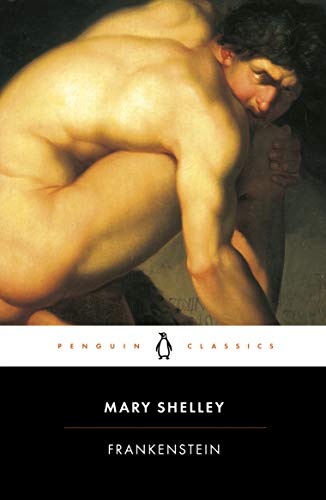 Críticas:
Mary Shelley's Frankenstein is one of the masterpieces of nineteenth-century Gothicism. While stay-ing in the Swiss Alps in 1816 with her lover Percy Shelley, Lord Byron, and others, Mary, then eighteen, began to concoct the story of Dr. Victor Frankenstein and the monster he brings to life by electricity. Written in a time of great personal tragedy, it is a subversive and morbid story warning against the dehumanization of art and the corrupting influence of science. Packed with allusions and literary references, it is also one of the best thrillers ever written. Frankenstein; Or, the Modern Prometheus was an instant bestseller on publication in 1818. The prototype of the science fiction novel, it has spawned countless imitations and adaptations but retains its original power. This Modern Library edition includes a new Introduction by Wendy Steiner, the chair of the English department at the University of Pennsylvania and author of The Scandal of Pleasure. Mary Shelley was born Mary Wollstonecraft Godwin in 1797 in London. She eloped to France with Shelley, whom she married in 1816. After Frankenstein, she wrote several novels, including Valperga and Falkner, and edited editions of the poetry of Shelley, who had died in 1822. Mary Shelley died in London in 1851.
Reseńa del editor:

A terrifying vision of scientific progress without moral limits, Mary Shelley's Frankenstein leads the reader on an unsettling journey from the sublime beauty of the Swiss alps to the desolate waste of the arctic circle. This Penguin Classics edition is edited with an introduction and notes by Maurice Hindle.

Obsessed with the idea of creating life itself, Victor Frankenstein plunders graveyards for the material with which to fashion a new being, shocking his creation to life with electricity. But this botched creature, rejected by its creator and denied human companionship, sets out to destroy Frankenstein and all that he holds dear. Mary Shelley's chilling gothic tale was conceived when she was only eighteen, living with her lover Percy Shelley near Lord Byron's villa on Lake Geneva. It would become the world's most famous work of Gothic horror, and Frankenstein's monster an instantly-recognisable symbol of the limits of human creativity.

Based on the third edition of 1831, this volume contains all the revisions Mary Shelley made to her story, as well as her 1831 introduction and Percy Shelley's preface to the first edition. This revised edition includes as appendices a select collation of the texts of 1818 and 1831 together with 'A Fragment' by Lord Byron and Dr John Polidori's 'The Vampyre: A Tale'.

Mary Shelley (1797-1851) was the only daughter of the author and political philosopher William Godwin, and Mary Wollstonecraft, author of A Vindication of the Rights of Woman. In 1814 she eloped with poet Percy Bysshe Shelley, whom she married when his first wife died in 1816. She is best remembered as the author of Frankenstein, but she wrote several other works, including Valperga and The Last Man.

If you liked Frankenstein, you might enjoy Bram Stoker's Dracula, also available in Penguin Classics.

Buchbeschreibung Paperback. Zustand: New. Revised ed. Language: English. Brand new Book. One of the BBC's '100 Novels That Shaped Our World''That rare story to pass from literature into myth' The New York TimesMary Shelley's chilling Gothic tale was conceived when she was only eighteen, living with her lover Percy Shelley on Lake Geneva. The story of Victor Frankenstein who, obsessed with creating life itself, plunders graveyards for the material to fashion a new being, but whose botched creature sets out to destroy his maker, would become the world's most famous work of horror fiction, and remains a devastating exploration of the limits of human creativity. Based on the third edition of 1831, this volume contains all Mary Shelley's revisions to her story, and also includes 'A Fragment' by Lord Byron and Dr John Polidori's 'The Vampyre: A Tale'. Edited with an Introduction and notes by MAURICE HINDLE. Bestandsnummer des Verkäufers FOY9780141439471