Verwandte Artikel zu The Edge Of The Water (Whidbey Island)

The Edge Of The Water (Whidbey Island)

The Edge Of The Water (Whidbey Island) 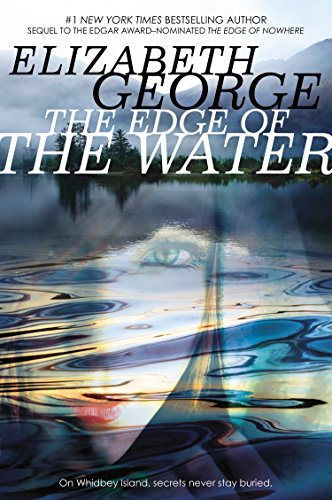 "So many questions and secrets swirl around Whidbey Island...This is the second installment in what appears to be a series but one need not have read the first book to be engrossed...a riveting story and since many questions remain unanswered, readers will be eager for the next installment." --VOYA "When it comes to this series, with scenes that draw you into a remarkable world, it's easy to state that readers will remember Whidbey for decades to come. George has scored an 'A+' again. With discoveries being made and new characters arriving on the scene, waiting for book number three is going to take an incredible amount of patience. Bravo!" --Suspense Magazine "A ripping good thriller" --School Library Journal Praise for The Edge of Nowhere "George has created an interesting set of characters and plot twists that teenagers who like adventure and mysteries will enjoy." --School Library Journal "...strong appeal to fans of Beth Kephart and Nancy Werlin." --BCCB Reseńa del editor:

Sequel to the Edgar-nominated The Edge of Nowhere, from #1 New York Times bestselling author Elizabeth George

A mysterious girl who won’t speak; a coal black seal named Nera that returns to the same place every year; a bitter feud of unknown origin—strange things are happening on Whidbey Island, and Becca King, is drawn into the maelstrom of events. But Becca has her own secrets to hide. Still on the run from her criminal stepfather,  Becca is living in a secret location. Even Derric, the Ugandan orphan with whom Becca shares a close, romantic relationship, can’t be allowed to know her whereabouts. As secrets of past and present are revealed, Becca becomes aware of her growing paranormal powers,  and events build to a shocking climax anticipated by no one.