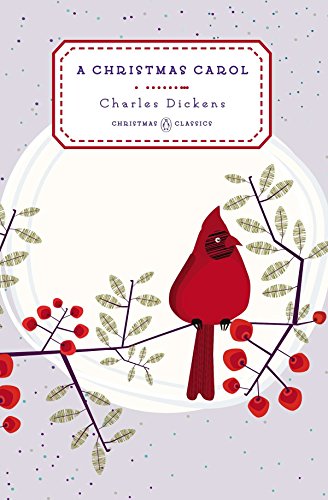 "This Penguin Christmas Classics edition is so pretty it could double as a holiday centerpiece!" --People

"For lit nerds and loved ones who are notoriously hard to shop for, you can't go wrong with these festively bound classics. . . . Their size makes them perfectly stocking-stuffable." --Entertainment Weekly, "The Must List" "Leave it to the folks at Penguin--who gave us Gothed-out editions of horror classics for Halloween--to package these . . . slim Yuletide-themed volumes." --Newsday, "Best Books to Give as Holiday Gifts" "Remember how Christmas was celebrated before Black Friday with these 19th-century authors, in small uniform volumes wrapped in pretty jackets." --USA Today, "Holiday Gift Books So Pretty, No Need to Wrap" "Beautifully designed." --The Washington Post Reseńa del editor:

A Christmas Carol has had an enduring influence on the way we think about the traditions of Christmas ever since it was first published in December 1843. Dickens's story of solitary miser Ebenezer Scrooge, who is taught the true meaning of Christmas by the three ghosts of Christmas past, present and future, has been adapted into countless film and stage versions and is today the most famous and loved of all Christmas tales.

Buchbeschreibung Hardback. Zustand: New. Leech, John (illustrator). Language: English. Brand new Book. One of six beloved Christmas classics in collectible hardcover editions First published on December 19, 1843, A Christmas Carol was an instant classic: Londoners thronged to hear Dickens read it in person and bought out the first printing in days. Its reception was so ecstatic that it is credited with helping to revive interest among the Victorians in Christmas traditions, including caroling and holiday cards, as well as inciting an unexpected wave of charitable giving from Britain's Industrial Age robber barons. Originally conceived as a pamphlet against exploitative capitalism before taking its current form, it has inspired dozens of theatrical and movie adaptions, and its characters, from Scrooge to Tiny Tim, are forever inscribed in our hearts and minds. Penguin Christmas Classics Give the gift of literature this Christmas. Penguin Christmas Classics honor the power of literature to keep on giving through the ages. The six volumes in the series are not only our most beloved Christmas tales, they also have given us much of what we love about the holiday itself. A Christmas Carol revived in Victorian England such Christmas hallmarks as the Christmas tree, holiday cards, and caroling. The Yuletide yarns of Anthony Trollope popularized throughout the British Empire and around the world the trappings of Christmas in London. The Life and Adventures of Santa Claus created the origin story for the presiding spirit of Christmas as we know it. The holiday tales of Louisa May Alcott shaped the ideal of an American Christmas. The Night Before Christmas brought forth some of our earliest Christmas traditions as passed down through folk tales. And The Nutcracker inspired the most famous ballet in history, one seen by millions in the twilight of every year. Beautifully designed hardcovers--with foil-stamped jackets, decorative endpapers, and nameplates for personalization--in a small trim size that makes them perfect stocking stuffers, Penguin Christmas Classics embody the spirit of giving that is at the heart of our most time-honored stories about the holiday. Collect all six Penguin Christmas Classics: A Christmas Carol by Charles DickensChristmas at Thompson Hall: And Other Christmas Stories by Anthony TrollopeThe Life and Adventures of Santa Claus by L. Frank BaumA Merry Christmas: And Other Christmas Stories by Louisa May AlcottThe Night Before Christmas by Nikolai GogolThe Nutcracker by E. T. A. Hoffmann For more than seventy years, Penguin has been the leading publisher of classic literature in the English-speaking world. With more than 1,700 titles, Penguin Classics represents a global bookshelf of the best works throughout history and across genres and disciplines. Readers trust the series to provide authoritative texts enhanced by introductions and notes by distinguished scholars and contemporary authors, as well as up-to-date translations by award-winning translators. Bestandsnummer des Verkäufers AAZ9780143122494