Verwandte Artikel zu My Family for the War

Voorhoeve, Anne C. My Family for the War

My Family for the War 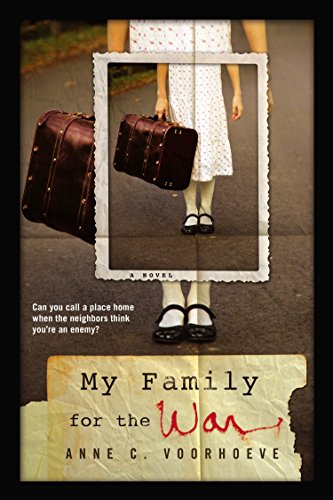 Winner of the Mildred L. Batchelder Award Won the Buxtehulde Bulle Prize for Youth Literature Nominated for the Evangelischer Buchpreis (The Protestant Book Award) An ALSC Notable Children's Book Kids' Indie Next List * "With the personal Kindertransport history, the intense drama about family, faith, guilt, love, and loyalty in wartime makes this an important addition to the Holocaust curriculum." --Booklist, starred review * "Events and facts are expertly woven into the girl's emotional growth, and changing relationships . . . provide a rich exploration of identity and self. With a compelling main character and taut and insightful story line, this novel is sure to find no shortage of readers, and it adds a valuable perspective to collections of World War II fiction." --School Library Journal, starred review "An engaging and often moving coming-of-age story. A poignant, thoughtful work." --Kirkus Reviews "This multilayered story [which] cogently explores themes of motherhood and adoptive families is gracefully portrayed." --Publishers Weekly "My Family for the War is a must-have for young adults. The novel is simultaneously beautiful, touching, and heart wrenching." --VOYA "This is a solid addition to Holocaust collections, life on the home front during the war, and for discussions of what is a family." --LMC

At the start of World War II, ten-year-old Franziska Mangold is torn from her family when she boards the kindertransport in Berlin, the train that secretly took nearly 10,000 children out of Nazi territory to safety in England. Taken in by strangers, Frances (as she is now called) courageously pieces together a new life for herself. But what will happen to her when she is finally reunited with her family, now that she's a stranger herself after seven years of war?

1. My Family for the War

2. My Family for the War

3. My Family for the War

4. My Family for the War

5. My Family for the War (Paperback)

Buchbeschreibung 2015. Paperback. Zustand: New. Paperback. Franziska Mangold has lived in Germany her whole life. For two generations her family has been Protestant. But at the outbreak of World War 11, Franziska Mangold's Jewish ance.Shipping may be from our Sydney, NSW warehouse or from our UK or US warehouse, depending on stock availability. 416 pages. 0.372. Bestandsnummer des Verkäufers 9780147511836