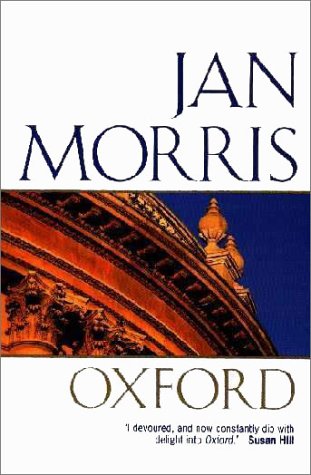 King James I once said that if he were not a king he would like to be an Oxford man. "I was a modest, good-humoured boy," Max Beerbohm once wrote, "It is Oxford that has made me insufferable." "Few cities, " Jan Morris observes, "have been more loved, loathed and celebrated." As with the same author's "Venice", this book is an account of the character, history, mores, buildings, climate and people of an uncatagorizable city. Jan Morris describes the Oxford which gave the world the MG sports car, as well as the Oxford which educated 22 British Prime Ministers. The book gives a portrait of the small city which has given its name to a marmalade, bags, shoes, a grey, a Group, a Movement, a dictionary and an accent.

About the Author Jan Morris is the author of many books, including The Matter of Wales, Journeys, Destinations, Among the Cities, and the highly acclaimed Manhattan '45.