Verwandte Artikel zu Christians and the Holy Places: The Myth of Jewish-Christian...

Taylor, Joan E. Christians and the Holy Places: The Myth of Jewish-Christian Origins

Christians and the Holy Places: The Myth of Jewish-Christian Origins 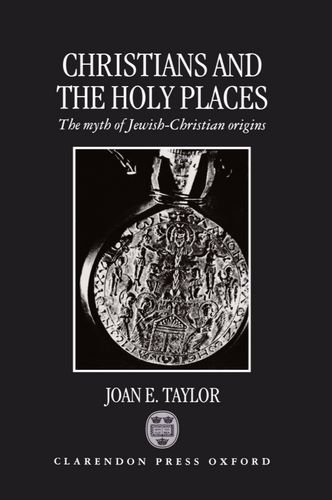 Her arguments are always well-constructed and generally persuasive. This book is must reading for all who study and teach early church history or the archaeology of the New Testament. (William H. Stiebing, American Historical Review)

...this well-structured, erudite, and often stimulating study is an important contribution to the study of the history of Christian aspirations for, and interest in, the Holy Land in late antiquity. (Oded Irshai, Journal of Roman Studies)

Taylor has written an important book. This study is a valuable and welcome contribution to our knowledge about the origin and evolution of the Christian holy places in Palestine. Besides that, Taylor has irrefutably proven that a Jewish-Christian origin of the holy places is a myth and a scholarly invention. (Jan Willem Drijvers, Vigilae Christianae)

...this is a substantial contribution to Holy Land studies and...the onus is now on anyone who wishes to disagree with the author's case. (Stephen W. Need, Theology)

Taylor examines the evidence and the interpretations offered site by site, with relentless rigour. Her conclusion...seems firmly established, and, to the present reviewer, incontrovertible...Her book is a model of historical enquiry , careful, thorough and judiciously critical, into problems where archaeological material has a crucial part to play in interpreting scraps of literary, often legendary, information. (R. A. Markus)

The origins of Christian holy places in Palestine and the beginnings of Christian pilgrimage to these sites have seemed obscure. From a detailed examination of the literature and archaeology pertaining to specific sites and the region in general, the present author finds no evidence that Christians of any kind venerated 'holy places' before the fourth century. It appears that scholarly Christians had visited certain Biblical sites out of historical and exegetical concerns, but that these sites were not considered holy, or the visitors as 'pilgrims'. Instead, the origins of Christian pilgrimage and holy places rest with the emperor Constantine, who established four basilicas in Palestine c. 325-30 and provided two imperial matrons, Helena and Eutropia, as examples of a new kind of pious pilgrim. Pilgrimage to intrinsically sacred shrines had been a pagan practice, which was grafted on to Christianity. Many Jewish, Samaritan, and pagan sites were thereafter appropriated by the church and turned into Christian holy places. This process helped to destroy the widespread paganism of Palestine and mark the country as a 'holy land'. Very few sites are genuine, the most important being the cave (not Garden) of Gethsemane, in which Jesus was probably arrested.

1. Christians and the Holy Places: The Myth of Jewish-Christian Origins Taylor, Joan E.