Languages of the Amazon (Oxford Linguistics) 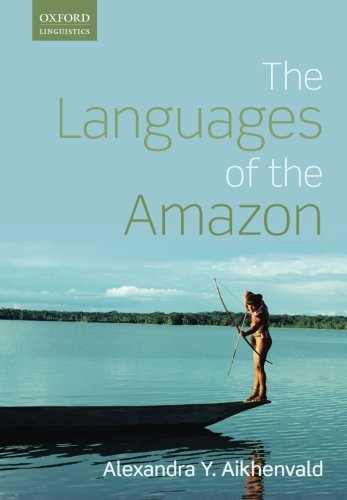 A great resource for specialists, but Aikhenvald wrote it in such a way that it is also accessible to nonspecialists. The author has vast knowledge and experience in this area ... Highly recommended. (C.L. Thompson, Choice, 02/01/2013)

A well-organized, highly readable, and lively book...a worthy and lasting reference work that everyone will want on his/her bookshelf. (Eithne B. Carin, Language 02/06/2014)

This is the first guide and introduction to the extraordinary range of languages in Amazonia, which include some of the most the most fascinating in the world and many of which are now teetering on the edge of extinction. Alexandra Aikhenvald, one of the world's leading experts on the region, provides an account of the more than 300 languages, comparing their common and unique features, setting out their main characteristics, and describing the histories and cultures of the people who speak them. The languages abound in rare features and in most cases have been in contact with each other for generations, giving rise to complex patterns of linguistic influence. The author draws on her own extensive field research to tease out and analyse the patterns of their genetic and structural diversity. In the process she shows how they reflect the interrelations of language and culture: different kinship systems, for example, produce different linguistic outcomes. She also explains the roles and workings of their unusual features including evidentials, tones and whistles, and elaborate positional verbs. The book ends with a glossary of terms, and a comprehensive list of references for those interested in following up a language or linguistic phenomenon.

Alexandra Aikhenvald's fascinating book is aimed at a wide readership, including linguists and anthropologists. It is unburdened by esoteric terminology, written in her characteristically straightforward style, and brought vividly to life with numerous anaecdotes of her experience in the region. It may be used as reference for research and as an introduction for courses in Latin American studies, Amazonian studies, linguistic typology, and general linguistics.

1. Languages of the Amazon

2. Languages Of The Amazon

3. Languages of the Amazon (Oxford Linguistics)

4. Languages Of The Amazon

5. Languages of the Amazon (Oxford Linguistics)

6. The Languages of the Amazon

7. The Languages of the Amazon.

8. The Languages of the Amazon