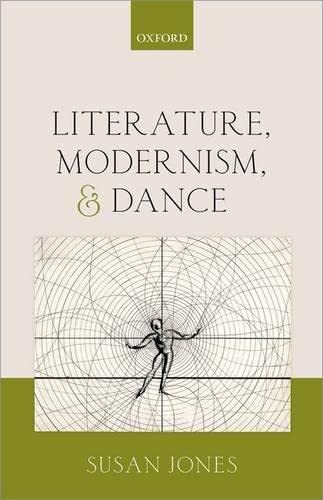 Jones is a peerless guide, moving us back and forth between the art forms with a dizzying virtuosity of her own. More Generally, the great strength of Literature, Modernism, and Dance lies not in (the impossible) re-creation of the invisible, but in Jones's exemplary account of how performances and performers endowed artists in other genres with ways to think about their process. (The Times Literary Supplement)

This book explores the complex relationship between literature and dance in the era of modernism. During this period an unprecedented dialogue between the two art forms took place, based on a common aesthetics initiated by contemporary discussions of the body and gender, language, formal experimentation, primitivism, anthropology, and modern technologies such as photography, film, and mechanisation. The book traces the origins of this relationship to the philosophical antecedents of modernism in the nineteenth century and examines experimentation in both art forms. The book investigates dance's impact on the modernists' critique of language and shows the importance to writers of choreographic innovations by dancers of the fin de siĶcle, of the Ballets Russes, and of European and American experimentalists in non-balletic forms of modern dance. A reciprocal relationship occurs with choreographic use of literary text. Dance and literature meet at this time at the site of formal experiments in narrative, drama, and poetics, and their relationship contributes to common aesthetic modes such as symbolism, primitivism, expressionism, and constructivism. Focussing on the first half of the twentieth century, the book locates these transactions in a transatlantic field, giving weight to both European and American contexts and illustrating the importance of dance as a conduit of modernist preoccupations in Europe and the US through patterns of influence and exchange. Chapters explore the close interrelationships of writers and choreographers of this period including Mallarmķ, Nietzsche, Yeats, Conrad, Woolf, Lawrence, Pound, Eliot, and Beckett, Fuller, Duncan, Fokine, Nijinsky, Massine, Nijinska, Balanchine, Tudor, Laban, Wigman, Graham, and Humphrey, and recover radical experiments by neglected writers and choreographers from David Garnett and Esther Forbes to Andrķe Howard and Oskar Schlemmer.