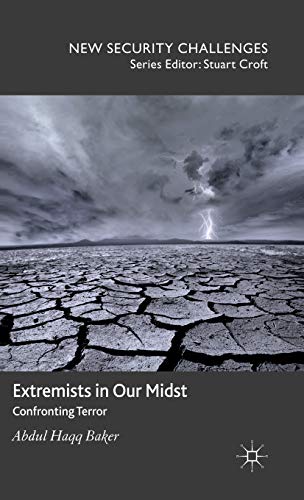 "This is a rare, indeed unique contribution to the field of terrorism studies. Abdul Haqq Baker provides an insightful account into the issue of violent extremism in the UK. He offers a powerful counter-narrative against the crass securitization of Salafi and other identities, and I fully recommend this book to anyone who wants to understand better the complex intersectionalities of Islamic conversion, identity, politicisation, traumatisation, marginalisation, violent extremism and counter-terrorism." Basia Spalek, Reader in Communities and Justice and Director of Research and Knowledge Transfer, Institute of Applied Social Studies, University of Birmingham, UK

"This first class study in countering extremism offers a counterintuitive response that challenges conventional wisdom by addressing the question: Are British Muslim converts more susceptible to violent extremism or are they the most effective members of the Muslim community in countering it? In a world which continues to be threatened by foreign and domestic acts of terrorism, Extremists in Our Midst: Confronting Terror is a 'must read.'' From the Foreword by John L. Esposito, Professor of Religion and International Affairs and of Islamic Studies, Georgetown University, USA

Baker provides a unique insider perspective on factors affecting British Muslim converts and their susceptibility to violent radicalisation, including firsthand accounts of convicted terrorists Richard Reid (the 'Shoe Bomber'), Zacarius Moussaoui (the 20th 9/11 bomber), and Abdullah el-Faisal who is alleged to have been a radicalising influence.

2. Extremists in Our Midst

3. Extremists in Our Midst

5. Extremists in Our Midst