Simpson, John Not Quite World's End

Not Quite World's End 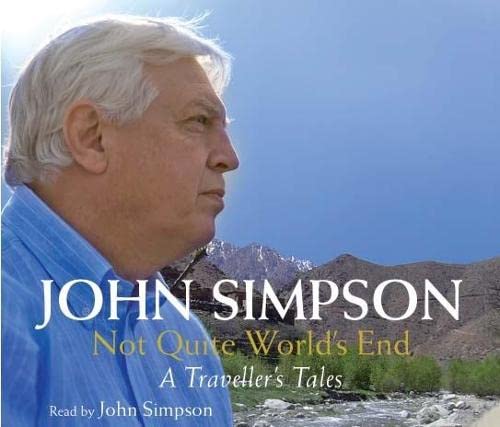 In it, he looks at the world's troubles - the Middle East, global warming, population explosion - and takes the perhaps surprising view that it's actually not nor will be the end of the world. His vivid prose, his clear-sightedness and the wonderful anecdotes about the many strange people and places he has come across all add up to a richly satisfying read. And with his long experience and his remarkable ability to explain what's really going on out there, he offers us all a crumb of comfort in desperate times.

John Simpson is the BBC's World Affairs Editor. He has twice been the Royal Television Society's Journalist of the Year. He has also won three BAFTAs, including the Richard Dimbleby award in 1991 and the News and Current Affairs award in 2000 for his coverage, with the BBC News team, of the Kosovo conflict. He has written three volumes of autobiography, Strange Places, Questionable People, A Mad World, My Masters and News from No Man's Land, The Wars Against Saddam and, most recently, Days from a Different World.

1. Not Quite World's End

Buchbeschreibung Macmillan Digital Audio, 2007. Audio CD. Zustand: Good. Audio book. Good condition is defined as: a copy that has been read but remains in clean condition. All of the pages are intact and the cover is intact and the spine may show signs of wear. The book may have minor markings which are not specifically mentioned. Most items will be dispatched the same or the next working day. Bestandsnummer des Verkäufers mon0015474846