Desai, Kiran The Inheritance of Loss

The Inheritance of Loss 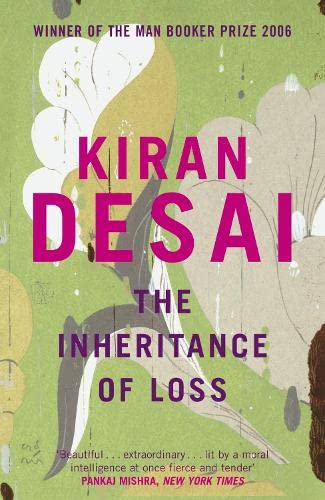 The inheritance of loss editado por

High in the Himalayas sits a dilapidated mansion, home to three people, each dreaming of another time.

The judge, broken by a world too messy for justice, is haunted by his past. His orphan granddaughter has fallen in love with her handsome tutor, despite their different backgrounds and ideals. The cook's heart is with his son, who is working in a New York restaurant, mingling with an underclass from all over the globe as he seeks somewhere to call home.

Around the house swirl the forces of revolution and change. Civil unrest is making itself felt, stirring up inner conflicts as powerful as those dividing the community, pitting the past against the present, nationalism against love, a small place against the troubles of a big world.

'Poised, elegant and assured . . . breaks out into extraordinary beauty' The Times

'Desai's bold, original voice, and her ability to deal in a grand narratives with a deft comic touch that affectionately recalls some of the masters of Indian fiction, makes hers a novel to reread and remembered'Independent

Kiran Desai was born in India in 1971, was educated in India, England and the United States, and now lives in New York. She is the author of Hullabaloo in the Guava Orchard, which was published to unanimous acclaim in over twenty-two countries, and The Inheritance of Loss, which won the Man Book Prize for Fiction and the National Book Critics Circle Award, was shortlisted for the Orange Broadband Prize for Fiction.

Kiran Desai was born in India in 1971, and was educated in India, England, and the United States. She is the author of the critically acclaimed Hullabaloo in the Guava Orchard.

2. The Inheritance of Loss

Buchbeschreibung Hamish Hamilton, 2006. Hardcover. Zustand: New. Zustand des Schutzumschlags: Fine. 1st Edition. Fine first printing in fine dustwrapper. A new, unread copy in perfect state. Signed by the author to the titlepage, without dedication or inscription. These copies were signed at the Hay Literature Festival in 2007 and have been safely stored since signing. As an enthusiastic collector myself I make every effort to provide a high level of service. Enquiries welcomed. Paypal accepted. Signed by Author(s). Bestandsnummer des Verkäufers 008119