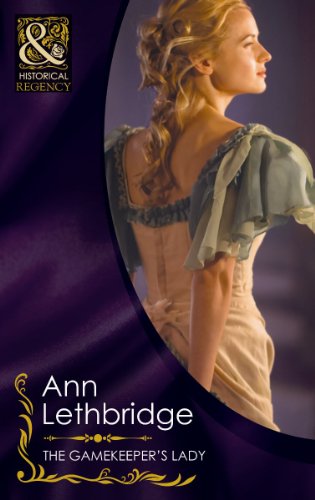 A most forbidden attraction!

Frederica Bracewell grew up under a cloud of shame. As an illegitimate child, she was treated by her uncle like a servant. It isn’t until she encounters the new gamekeeper that shy, innocent Frederica starts to feel like a true lady...

Lord Robert Mountford has been banished by his family. After a debauched existence, he revels in the simplicity of a gamekeeper’s lifestyle. Until temptation strikes! Frederica’s plain appearance and stuttering speech are a far cry from the ladies of the ton,

but she may just be his undoing...

Ann Lethbridge majored in history and business. She always loved the glamorous, if rather risky, Georgians and in particular the Regency era as drawn by Georgette Heyer. It was that love that prompted her to write her first Regency novel in 2000. She found she enjoyed it so much she just couldn’t stop! Ann gave up a career in university administration to focus on her first love, writing novels and lives in Canada with her family. Visit her website at: www.annlethbridge.com