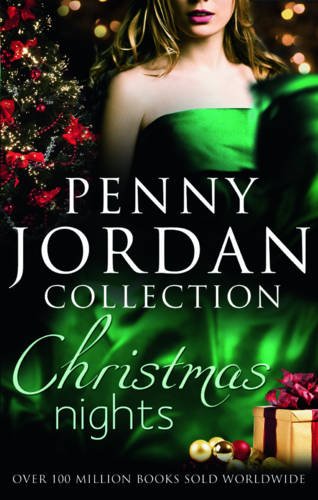 A Bride for His Majesty’s Pleasure

Ionanthe must pay the price for her sister’s mistake. She will leave her freedom at the castle doors. Recently crowned Prince Max plans to bring change to his country, after his new bride pays her debt.

Lisa yearned for stability and the traditional family Christmas she never had as a child. But then she met the exasperating – and sinfully attractive – Oliver, who was determined to make all her Christmas fantasies come true...

Take one woman, add a boss who’s told the world they’re having an affair, and then concoct one very special dish in order to save the heroine’s catering career!

After reading a serialized Mills & Boon book in a magazine, Penny Jordan quickly became an avid fan! Her goal, when writing romance fiction, is to provide readers with an enjoyment and involvement similar to that she experienced from her early reading – Penny believes in the importance of love, including the benefits and happiness it brings. She works from home, in her kitchen, surrounded by four dogs and two cats, and welcomes interruptions from her friends and family.