Night in the Middle Ages 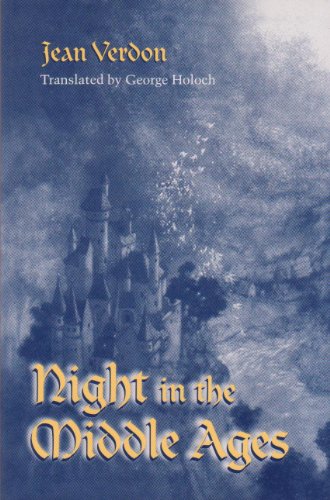 "Verdon mines his sources with dexterous imagination as he elucidates an extraordinarily wide swath of medieval life, from crime to sexuality to architecture to religion."--The Atlantic Monthly "Provides stories that capture events of the medieval night, activities that are masked by the cloak of night that are from the ordinary to the fantastic, and depicts how medieval society attempted to tame the night through architecture, improved lighting methods, night patrols, and curfews."--ForeWord Magazine "This is a lively, wide-ranging, and largely anecdotal account, based mainly on narrative primary sources, of many aspects of life during the Middle Ages. Verdon's style is sprightly, the translation readable and reliable . . . Recommend for public and undergraduate libraries."--Choice ..".Night in the Middle Ages contains many valuable and informative moments. It is, first and foremost, a repository of entertaining anecdotes, which are woven together into a coherent and clearly organised narrative."--The Glass

The contemporary world is uncomfortable with night, more precisely with night it has not domesticated with electricity. What was it like in the Middle Ages when darkness was nearly unbroken from the setting to the rising of the sun?" In this text Jean Verdon offers an answer to this question. His book - filled with stories that capture events of the medieval night, from the ordinary to the fantastic - includes a cast of characters ranging from Duke Louis of Orleans and Chretien de Troyes to students, bailiffs, monks and workers. Part I of the book describes dark activities that are masked by the cloak of night. Murders, robberies, rape, betrayal, and licentious behaviour all figure prominently in this set of stories. Fantasy forces of evil such as witches, werewolves, and even Satan himself, are also discussed. In the second section, Verdon depicts how medieval society attempted to "tame" the night through architecture, improved lighting methods, armed night patrols, watchmen, and curfews. He also describes sleeping arrangements (such as beds and bedrooms) and sleeping patterns in the Middle Ages, including dreams, nightmares, and sleepwalking. Finally Verdon turns his attention to "sublime night" when people were visibly visions and "divine light". He suggests that the medieval world was better equipped by religion than the modern world to deal with the darkness of the night.

1. Night in the Middle Ages

Buchbeschreibung University of Notre Dame Press, 1994. Paperback. Zustand: Good. Connecting readers with great books since 1972. Used books may not include companion materials, some shelf wear, may contain highlighting/notes, may not include cdrom or access codes. Customer service is our top priority!. Bestandsnummer des Verkõufers S_235316421

2. Night in the Middle Ages

3. Night in the Middle Ages

Buchbeschreibung University of Notre Dame Press, 1994. Paperback. Zustand: GOOD. Has little wear to the cover and pages. Contains some markings such as highlighting and writing. Bestandsnummer des Verkõufers 026803656X_abe_gd

4. Night in the Middle Ages

Buchbeschreibung University of Notre Dame Press, 1994. Zustand: Good. A+ Customer service! Satisfaction Guaranteed! Book is in Used-Good condition. Pages and cover are clean and intact. Used items may not include supplementary materials such as CDs or access codes. May show signs of minor shelf wear and contain limited notes and highlighting. Bestandsnummer des Verkõufers 026803656X-2-4