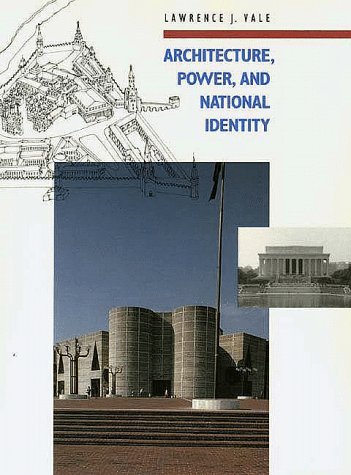 Throughout history, architecture and urban design have been manipulated in the service of politics. Because government buildings serve as symbols of the state, we can learn much about a political regime by observing closely what it builds. In this book, Lawrence J. Vale explores parliamentary complexes in capital cities on six continents, showing how the buildings housing national government institutions are products of the political and cultural balance of power within pluralist societies. By viewing architecture and urban design in the light of political history and cultural production, Vale expands the scope and cogency of design criticism and demonstrates that the manipulation of environmental meaning is an important force in urban development. Vale begins by tracing the evolution of the modern designed capital--from Washington, D.C., Canberra, New Delhi, and Ankara, to the post-World War II capitals of Chandigarh and Brasilia, to Abuja, Nigeria, and Dodoma, Tanzania, planned in the 197Os and still largely unrealized. He then provides close readings of the architecture, urban design, and political history of four smaller parliamentary complexes completed in the 198Os, in Papua New Guinea, Sri Lanka, Kuwait, and Bangladesh. These essays situate the parliamentary designs in the wider context of postcolonial struggles to build the symbols and institutions of democratic government during periods of rapid political and economic change. In the final chapter of the book, Vale addresses the dilemmas facing designers who undertake to deliver national identity as part of their design commission.