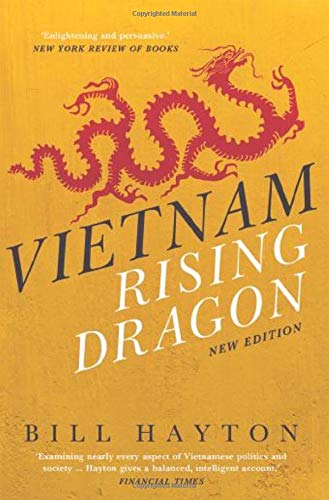 "Enlightening and persuasive."-Jonathan Mirsky, New York Review of Books -- Jonathan Mirsky New York Review of Books "Hayton has a keen eye for the detail of everyday life as well as larger cultural, economic, social, and political currents. This book leaves one with the feeling of having been in the hands of an expert craftsman, and illuminates some of the major issues confronting contemporary Vietnam."-Carlyle A. Thayer, author of Vietnam People's Army -- Carl Thayer 'Examining nearly every aspect of Vietnamese politics and society, from the economy and family life, to religion and the plight of indigenous minorities, Hayton gives a balanced, intelligent account of a country whose history so differs from our own.' - Justin Wintle, Financial Times -- Justin Wintle Financial Times "This is a cleverly pitched book, one that will appeal equally to a businessman or investor seeking a briefing on Vietnam, an old Asia hand, or an inquisitive backpacker."-Petroc Trelawny, Irish Times -- Petroc Trelawny Irish Times

The eyes of the West have recently been trained on China and India, but Vietnam is rising fast among its Asian peers. A breathtaking period of social change has seen foreign investment bringing capitalism flooding into its nominally communist society, booming cities swallowing up smaller villages, and the lure of modern living tugging at the traditional networks of family and community. Yet beneath these sweeping developments lurks an authoritarian political system that complicates the nation's apparent renaissance. In this engaging work, experienced journalist Bill Hayton looks at the costs of change in Vietnam and questions whether this rising Asian power is really heading toward capitalism and democracy. Based on vivid eyewitness accounts and pertinent case studies, Hayton's book addresses a broad variety of issues in today's Vietnam, including important shifts in international relations, the growth of civil society, economic developments and challenges, and the nation's nascent democracy movement as well as its notorious internal security. His analysis of Vietnam's "police state," and its systematic mechanisms of social control, coercion, and surveillance, is fresh and particularly imperative when viewed alongside his portraits of urban and street life, cultural legacies, religion, the media, and the arts. With a firm sense of historical and cultural context, Hayton examines how these issues have emerged and where they will lead Vietnam in the next stage of its development.