Verwandte Artikel zu Variation and Evolution in Plants and Microorganisms:...

National Academy Of Sciences Variation and Evolution in Plants and Microorganisms: Toward a New Synthesis 50 Years After Stebbins

Variation and Evolution in Plants and Microorganisms: Toward a New Synthesis 50 Years After Stebbins 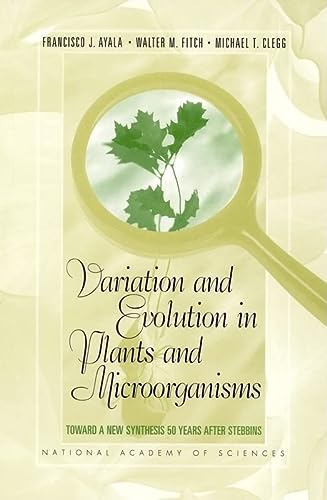 Book by National Academy of Sciences

"The present book is intended as a progress report on [the] synthetic approach to evolution as it applies to the plant kingdom." With this simple statement, G. Ledyard Stebbins formulated the objectives of Variation and Evolution in Plants, published in 1950, setting forth for plants what became known as the "synthetic theory of evolution" or "the modern synthesis." The pervading conceit of the book was the molding of Darwin's evolution by natural selection within the framework of rapidly advancing genetic knowledge. At the time, Variation and Evolution in Plants significantly extended the scope of the science of plants. Plants, with their unique genetic, physiological, and evolutionary features, had all but been left completely out of the synthesis until that point. Fifty years later, the National Academy of Sciences convened a colloquium to update the advances made by Stebbins. This collection of 17 papers marks the 50th anniversary of the publication of Stebbins' classic. Organized into five sections, the book covers: early evolution and the origin of cells, virus and bacterial models, protoctist models, population variation, and trends and patterns in plant evolution.

1. VARIATION AND EVOLUTION IN PLANTS A

2. VARIATION AND EVOLUTION IN PLANTS A