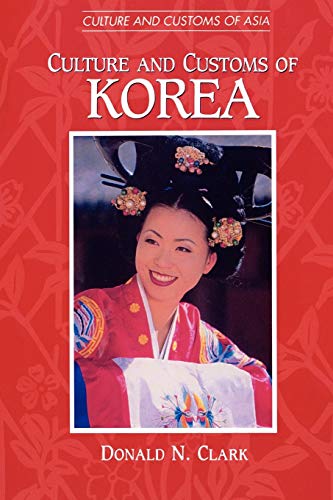 "Culture and Customs of Korea, should serve as an excellent introduction in helping Americans get a better understanding of one of Asia's major civilizations....High school and college students, business people, and tourists should find this work useful. School, public and academic libraries ought to purchase this publication in order that it may be used as a reference source or an an introductory textbook."-ARBA "Culture and Customs of Korea goes some considerable way towards filling an important gap in the literature on Korea and will be a welcome addition to the collection of anyone interested in Korean history, culture, contemporary issues and, perhaps most importantly, the Korean psyche....this book provides a valuable and effective introduction to the study of all things Korean, and is a must for anyone thinking of visiting the country, whether as a tourist or on business."-History, The Journal of The Historical Association

For centuries, although strongly influenced by the Chinese, Koreans have maintained a unique civilization with their own language, social organization, food, national costume, political institutions, and customs. The disruptions of the 20th century have included a long and difficult period of foreign rule and a devastating civil war. However, Koreans continue to prize their traditional culture, and the younger generations have embraced Koreanness with a determination to assert Korea's place in the world. Culture and Customs of Korea artfully depicts the past and present in North and South Korea with chapters on the story of the Korean people, thought and religion, arts and literature, performing arts, daily life and folkways, life in a Korean village, life in urban Korean, and gender, marriage, and the lives of Korean women. A chronology and glossary supplement the text.

3. Culture and Customs of Korea (Paperback or Softback)

4. Culture And Customs Of Korea

6. Culture And Customs Of Korea

9. CULTURE AND CUSTOMS OF KOREA

10. CULTURE AND CUSTOMS OF KOREA