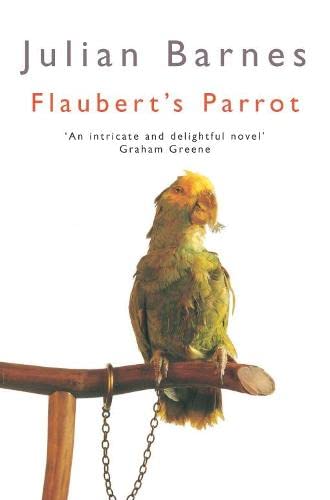 Which of two stuffed parrots was the inspiration for one of Flaubert's greatest stories? Why did the master keep changing the colour of Emma Bovary's eyes? And why should it matter so much to Geoffrey Braithwaite, a retired doctor haunted by a private secret? In Flaubert's Parrot, Julian Barnes spins out a multiple mystery of obsession and betrayal (both scholarly and romantic) and creates an exuberant enquiry into the ways in which art mirrors life and then turns around to shape it. 'A gem: an unashamed literary novel that is also unashamed to be readable, and broadly entertaining. Bravo!' John Irving 'Endless food for thought, beautifully written . . . A tour de force' Germaine Greer 'Delightful and enriching . . . A book to read' Joseph Heller 'A dazzling achievement . . . remarkably inventive as well as audacious' Walter Abish 'A delight . . . Handsomely the best novel published in England in 1984' John Fowles