The Spartans: An Epic History 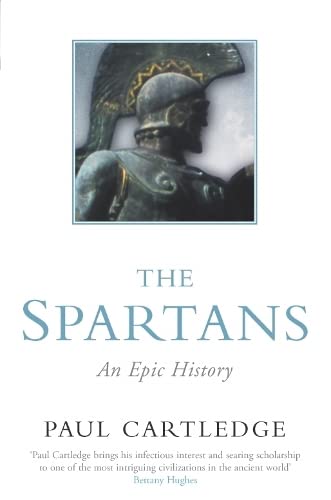 The Spartan legend has inspired and captivated subsequent generations with evidence of its legacy found in both the Roman and British Empires. The Spartans are our ancestors, every bit as much as the Athenians. But while Athens promoted democracy, individualism, culture and society, their great rivals Sparta embodied militarism, totalitarianism, segregation and brutal repression. As ruthless as they were self-sacrificing, their devastatingly successful war rituals made the Spartans the ultimate fighting force, epitomized by Thermopylae. While slave masters to the Helots for over three centuries, Spartan women, such as Helen of Troy, were free to indulge in education, dance and sport. Interspersed with the personal biographies of leading figures, and based on 30 years' research, The Spartans tracks the people from 480 to 360 BC charting Sparta's progression from the Great Power of the Aegean Greek world to its ultimate demise. "Cartledge's crystalline prose, his vivacious storytelling and his lucid historical insights combine here to provide a first-rate history of the Spartans, their significance to ancient Greece and their influence on our culture" Publishing News

Paul Cartledge is widely acknowledged to be the world's leading expert on the subject of Sparta and the Spartans. He is Professor of Greek History at Cambridge University. He has written and edited many works, including Spartan Reflections and acted as academic consultant on the Channel 4 television series 'The Spartans'.

1. THE SPARTANS : AN EPIC HISTORY