Verwandte Artikel zu Grass for His Pillow (Tales of the Otori)

Hearn, Lian Grass for His Pillow (Tales of the Otori)

Grass for His Pillow (Tales of the Otori) 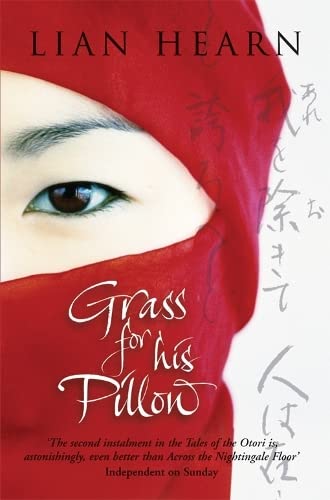 The second book in the Tales of the Otori trilogy continues the epic story of Otori Takeo and Shirakawa Kaede, the young lovers whose fate is played out in an ancient Oriental world, where ritualised codes of high honour counter the cruelty of savage blood-feuds. Takeo has pledged his life to the Tribe, a secret clan of spies and assassins who claim his legendary supernatural skills for their own ruthless purposes, in doing so he must deny his birthright as an Otori lord - and his love for Kaede. If he does not serve them, the Tribe will kill him. Kaede, separated from Takeo, must use her intelligence, beauty and cunning to assert her place in a world of all-powerful men - who must never know that she is carrying Takeo's child. In growing from boy to man, Takeo must make a choice - and the dangerous path he undertakes is a journey of high adventure, treachery and passion that establishes this extraordinary trilogy as one of the most brilliant and enduring works of modern fiction. GRASS FOR HIS PILLOW, the sequel to ACROSS THE NIGHTINGALE FLOOR, shortlisted for the Carnegie Medal, is one of the most eagerly-awaited novels of 2003. Lian Hearn has created a brilliantly imagined culture. Here is epic storytelling whose appeal crosses genres, genders and generations.

Lian Hearn studied modern languages at Oxford University and worked as a film critic and arts editor in London before settling in Australia. A lifelong interest in Japan led to the study of the Japanese language, many trips to Japan and culminated in the writing of the TALES OF THE OTORI trilogy.

1. GRASS FOR HIS PILLOW (TALES OF T