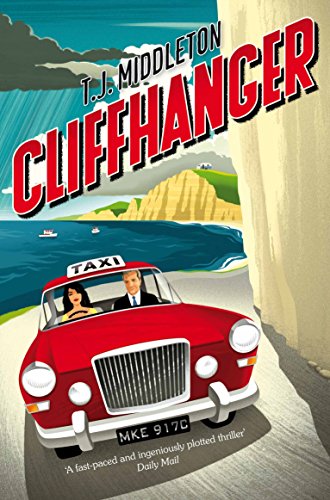 It sounded simple enough. `Audrey,' I said. `Audrey, why don't we go out, for a stroll?' `In this weather?' `Clear the cobwebs,' I said, pulling on my boots, and she shrugged her shoulders and said, `Why not?' Cause I'm going to shove you over the bloody cliff, Audrey, that's why not. Al Greenwood has decided to kill his wife, and he's planned the perfect murder. But things don't turn out quite the way he hoped, and Al finds himself committing more crimes to cover his tracks. Told through the voice of despicable yet strangely likeable Al, Cliffhanger is a blackly comic novel which takes its readers on a thrilling ride through Middle England. T. J. Middleton is a unique and exciting new voice, full of biting wit. Sharp, original and hugely entertaining, this is crime writing at its very best. `Perfectly paced, with sly wit and a blackly humorous ending' Sunday Telegraph `A rollicking ride . . . There is a touch of Ealing to this clever, witty seaside comedy of manners' Independent `An Ayckbournesque comedy about what happens when the unhappiness of a stale marriage develops into a sharper pain . . . Excellent' Daily Telegraph

T.J. Middleton is the pen name of Tim Binding, acclaimed author of In the Kingdom of Air, A Perfect Execution, Island Madness, On Ilkley Moor, Anthem, Man Overboard, and The Champion. He lives in Kent with his wife and daughter.