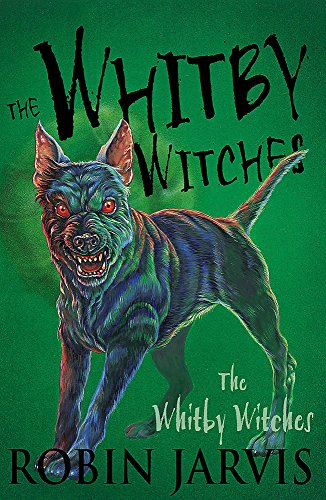 The first book in this gripping series, THE WHITBY WITCHES, sees two orphans, Jennet and Ben, arrive in the town of Whitby to live with the elderly Alice Boston. Ben possesses the ability to see things that others cannot, and soon realises that Alice, too, has unusual powers. Then he meets the fisher folk, strange creatures who are blighted by a curse which destines them to die in childbirth.

A WARLOCK IN WHITBY introduces Nathaniel Crozier "the most evil man on Earth" and the fish demon, both of whom pose a terrible threat to Whitby and the fisher folk. And THE WHITBY CHILD sees another gruesome creature emerge from the harbour to wreak havoc on the lives of the inhabitants of Whitby.

Robin Jarvis studied graphic design in Newcastle and then worked in television and advertising making model monsters and puppets. He has been a full-time writer and illustrator for some time, and has a large following among children and adults. Robin's books are consistent best-sellers and he has won several awards for his work. The Dark Portal was runner-up for the Smarties Prize in 1989.