Verwandte Artikel zu The Hobbit or There and Back Again: The Enchanting... 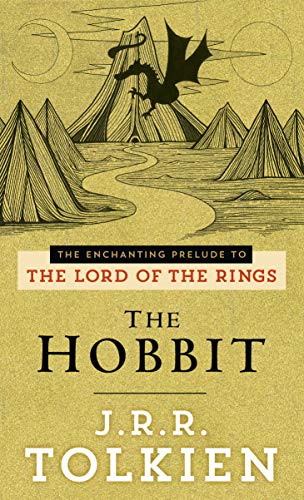 Reseńa del editor:
The prequel to the epic fantasy saga The Lord of the Rings chronicles the adventures of the inhabitants of Middle-earth and of Bilbo Baggins, the hobbit who brought home to The Shire the One Ring of Power. Reissue.
Contraportada:
THE LORD OF THE RINGS IS SOON TO BE AN EPIC MOTION PICTURE TRILOGY FROM NEW LINE CINEMA

Bilbo Baggins was a hobbit who wanted to be left alone in quiet comfort. But the wizard Gandalf came along with a band of homeless dwarves. Soon Bilbo was drawn into their quest, facing evil orcs, savage wolves, giant spiders, and worse, unknown dangers. Finally, it was Bilbo -- alone and unaided -- who had to confront the great dragon Smaug, the terror of an entire countryside...

THIS STIRRING ADVENTURE FANTASY BEGINS THE TALE OF THE HOBBITS THAT WAS CONTINUED BY J.R.R. TOLKIEN IN HIS BESTSELLING EPIC THE LORD OF THE RINGS.

Hobbit or There and Back Again

The Hobbit: The Enchanting Prelude to the Lord of the Rings (Paperback or Softback)

Buchbeschreibung Paperback or Softback. Zustand: New. The Hobbit: The Enchanting Prelude to the Lord of the Rings. Book. Bestandsnummer des Verkäufers BBS-9780345339683