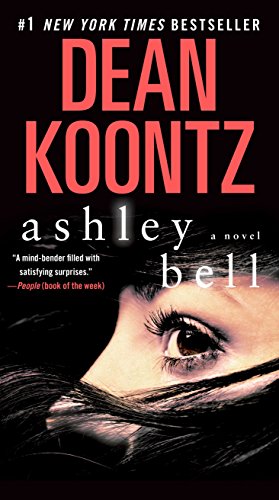 "Expertly blending the mystical and the everyday, [Dean] Koontz creates alternate universes for his characters while playing hide-and-seek with the truth. . . . A mind-bender filled with satisfying surprises."--People (book of the week)

"Dean Koontz outdoes himself with his latest journey, which solidifies his reputation as one of the best storytellers in the book business. . . . [With] lyrical writing and compelling characters . . . Koontz stands alone, and this novel is a prime example of literary suspense. . . . [He] knows what he's doing, and the baffling story with the stellar character of Bibi Blair makes this thriller one of his best."--Associated Press

"Grabs you on page one and keeps you enthralled with ever widening loops of intrigue, spine-tingling plot twists, absorbing characters and emotional involvement . . . extraordinary."--Bookreporter

"A fascinating exploration of destiny that is heart-pounding and mind-boggling . . . Koontz is a masterful plotter, capable of juggling the many threads of this story without losing sight of the whole. . . . [He] knows how to captivate and surprise; readers will be handsomely rewarded by this well-paced thriller that blurs the line between what is real and what is imagined, between past and present, present and future. Ashley Bell is a rarity of a thriller--one that asks big questions about life and destiny while succeeding in creating such an eerie sense of reality that sleeping with the lights on might seem like a sane idea."--Shelf Awareness

"Strap in and hold on. . . . The most stunning, flat-out crazy reading experience yet from a writer who specializes in surprises. If you've ever wondered how much fun it would be to feel a book unfold in real time along with its characters, you need to read Ashley Bell right now. . . . Along the way, Koontz salts [the] journey with a sweeping assortment of characters, some of whom threaten to shoplift the narrative and take it home. . . . When a writer has managed to catch this kind of lightning in a bottle, every reader should experience the full jolt."--BookPage

"In every industry there exist 'artists' that are not only unforgettable, but know their craft better than the rest. Dean Koontz, yet again, proves that he is among these craftsmen. . . . There is so much to say about this treasure. The mystical plays a part, the reality of life on the edge plays a part and . . . nothing can be given away. What can be stated is that Koontz was born with that unbelievable gift to, in one paragraph, write a line that makes readers want to hide under their beds, followed by a joke that makes them laugh, and end with a line so beautiful they are stunned. If there was ever an author that deserved praise, it is, was, and remains, Dean Koontz. Do not miss this!"--Suspense Magazine

"[The] opening is gorgeous and crushing, and will shake awake anyone who thinks Koontz is just grinding out genre tomes. . . . It's gripping stuff, but Koontz doesn't stop there, adding a series of flashbacks regarding the alchemy of creativity and the fuel of trauma, and that's before the Say what? twist that upends everything. . . . Fans will adore it. Koontz hits the canny nexus of horror, mystery, and fantasy here."--Booklist

"Koontz crafts a story shifting between reality and imagination, highlighted by distinct descriptions. . . . Bibi's a believable protagonist surrounded by interesting bit players. . . . Koontz's setting, with California coastal fog a metaphor for illness and for knowledge beyond understanding, makes real the often surrealistic narrative. . . . [Ashley Bell] cuts between the fantastical and the believable to dissect evil, explore the power of imagination, and probe the parameters of consciousness."--Kirkus Reviews "Throughout his long and outstanding career, Koontz has made a habit of melding and crossing genres to create his own brand of unforgettable fiction. Just when you think he can't top himself, Koontz proves us wrong by creating his most mind-blowing and amazing book to date. Ashley Bell is an astonishing novel that sucks you in from the first page and delivers so many twists, you are bound to get whiplash."--RT Book Reviews

"Dean Koontz has become an essential part of my library and my creative life, influencing me at the keyboard, an invisible mentor. Ashley Bell might be his finest and most personal novel yet. It is everything you'd expect from Koontz--multilayered and richly told and fueled by page-turning suspense--but it is also as tender as it is terrifying, a story about love, mortality, and the redemptive power of imagination."--Benjamin Percy, author of The Dead Lands, Red Moon, and The Wilding "A mighty fan of Koontz's story-making, I found his newest, Ashley Bell, to possess that rare hypnotic pull that I can't get away from. It unfolds like a tricky Oriental fan, with layers and more layers of intrigue seeping through porous pages. But what makes my heart throb is not just the beauty of Koontz's masterful prose, but the depth of his heart and the dizzying height of his wicked imagination, enchanted by his artless playfulness, easily making this novel about novel-making the best book of literary genre fiction on the landscape."--Da Chen, New York Times bestselling author of Colors of the Mountain, Brothers, and My Last Empress

"Ashley Bell is a lyrical, surprising, and sensitive novel, with the narrative propulsion that is Koontz's signature. You won't want to put it down except to contemplate its thought-provoking twists. Koontz manages to recruit a terrifically suspenseful story as part of a fascinating meditation on the hidden interactions of literature, health, and inner strength."--Matthew Pearl, author of The Last Bookaneer

"Readers will fall hard for Bibi Blair, the fierce and dangerously smart heroine of Dean Koontz's mind-bending thrill ride, Ashley Bell. Koontz delivers a sharp, unsettling, philosophically stimulating examination of consciousness, memory, and the intense power of story. He doesn't just ask the big questions, he turns them inside out. A philosophically stimulating nightmare you won't want to wake up from."--Michelle Richmond, author of The Year of Fog and Golden State Reseńa del editor:

#1 NEW YORK TIMES BESTSELLER · NAMED ONE OF THE BEST BOOKS OF THE YEAR BY BOOKPAGE · The must-read thriller of the year, for readers of dark psychological suspense and modern classics of mystery and adventure. Don’t miss a special preview of Dean Koontz’s upcoming novel, The Silent Corner, in the back of the book.

The girl who said no to death.

Bibi Blair is a fierce, funny, dauntless young woman—whose doctor says she has one year to live.

An enigmatic woman convinces Bibi that she escaped death so that she can save someone else. Someone named Ashley Bell.

But save her from what, from whom? And who is Ashley Bell? Where is she?

Bibi’s obsession with finding Ashley sends her on the run from threats both mystical and worldly, including a rich and charismatic cult leader with terrifying ambitions.

Here is an eloquent, riveting, brilliantly paced story with an exhilarating heroine and a twisting, ingenious plot filled with staggering surprises. Ashley Bell is a new milestone in literary suspense from the long-acclaimed master.

“A mind-bender filled with satisfying surprises.”—People (book of the week)

“[With] lyrical writing and compelling characters . . . Koontz stands alone, and this novel is a prime example of literary suspense. . . . One of his best.”—Associated Press

“Grabs you on page one and keeps you enthralled with ever widening loops of intrigue, spine-tingling plot twists, absorbing characters and emotional involvement . . . extraordinary.”—Bookreporter

“Heart-pounding and mind boggling . . . a rarity of a thriller—one that asks big questions about life and destiny while succeeding in creating [an] eerie sense of reality.”—Shelf Awareness

“Strap in and hold on. . . . When a writer has managed to catch this kind of lightning in a bottle, every reader should experience the full jolt.”—BookPage