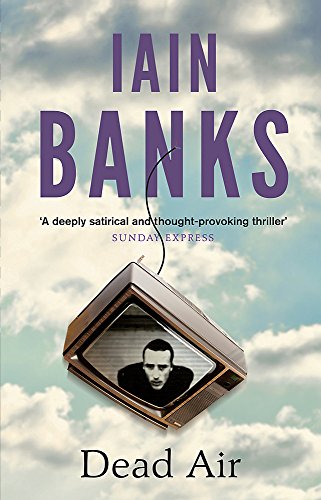 Iain Banks' daring new novel opens in a loft apartment in the East End, in a former factory due to be knocked down in a few days. Ken Nott is a devoutly contrarian vaguely left wing radio shock-jock living in London. After a wedding breakfast people start dropping fruits from a balcony on to a deserted carpark ten storeys below, then they start dropping other things; an old TV that doesn't work, a blown loudspeaker, beanbags, other unwanted furniture...Then they get carried away and start dropping things that are still working, while wrecking the rest of the apartment. But mobile phones start ringing and they're told to turn on a TV, because a plane has just crashed into the World Trade Centre...

At ease with the volatility of modernity, Iain Banks is also our most accomplished literary writer of narrative-driven adventure stories that never ignore the injustices and moral conundrums of the real world. His new novel, displays his trademark dark wit, buoyancy and momentum.

A couple of ice cubes, first, then the apple that really started it all. A loft apartment in London's East End; cool but doomed demolition and redevelopment slated fro the following week. Ken Nott, devoutly contrarian leftish shock-jock attending a mid-week wedding lunch, starts dropping stuff off the rood towards the deserted car park a hundred feet below. Other guests join in and soon half the contents of the flat are following the fruit towards the pitted tarmac . . . just as mobiles start to ring, and the apartment's remaining TV is turned on, because apparently a plane has crashed into the World Trade Center . . .

'A thrilling read, it's a dazzlingly clever, edgy, suspenseful book'
Scotland on Sunday

Buchbeschreibung 2013. Paperback. Zustand: New. Paperback. Iain Banks' daring new novel opens in a loft apartment in the East End, in a former factory due to be knocked down in a few days. Ken Nott is a devoutly contrarian vaguely lef.Shipping may be from our Sydney, NSW warehouse or from our UK or US warehouse, depending on stock availability. 448 pages. 0.304. Bestandsnummer des Verkõufers 9780349139241