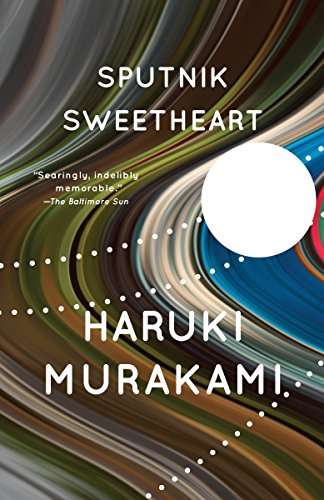 CrÝticas:
"Grabs you from its opening lines. . . . [Murakami's] never written anything more openly emotional." -Los Angeles Magazine "Murakami is a genius." -Chicago Tribune "Murakami has an unmatched gift for turning psychological metaphors into uncanny narratives." -The New York Times Book Review "An agonizing, sweet story about the power and the pain of love. . . . Immensely deepened by perfect little images that leave much to be filled in by the reader's heart or eye." -The Baltimore Sun "[Murakami belongs] in the topmost rank of writers of international stature." -Newsday "Murakami's true achievement lies in the humor and vision he brings to even the most despairing moments." -The New Yorker "Perhaps better than any contemporary writer, [Murakami] captures and lays bare the raw human emotion of longing." -BookPage "Murakami . . . has a deep interest in the alienation of self, which lifts [Sputnik Sweetheart] into both fantasy and philosophy." -San Francisco Chronicle "Not just a great Japanese writer but a great writer, period." -Los Angeles Times Book Review
Rese˝a del editor:
An unrequited love for a woman devoted to Kerouac and the writer's life leads a man on a quest to uncover the mysteries of love and human longing after the woman disappears without a trace during her odyssey from parochial Japan through Europe to a Greek island, leaving behind only computer accounts of bizarre events and stories within stories. Reprint.