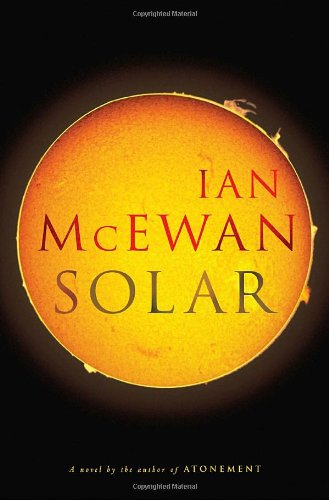 The literary event of the season: a new novel from Ian McEwan, as surprising as it is masterful.

Michael Beard is a Nobel prize–winning physicist whose best work is behind him. Trading on his reputation, he speaks for enormous fees, lends his name to the letterheads of renowned scientific institutions, and half-heartedly heads a government-backed initiative tackling global warming. While he coasts along in his professional life, Michael’s personal life is another matter entirely. His fifth marriage is crumbling under the weight of his infidelities. But this time the tables are turned: His wife is having an affair, and Michael realizes he is still in love with her.

When Michael’s personal and professional lives begin to intersect in unexpected ways, an opportunity presents itself in the guise of an invitation to travel to New Mexico. Here is a chance for him to extricate himself from his marital problems, reinvigorate his career, and very possibly save the world from environmental disaster. Can a man who has made a mess of his life clean up the messes of humanity?

A complex novel that brilliantly traces the arc of one man’s ambitions and self-deceptions, Solar is a startling, witty, and stylish new work from one of the world’s great writers.

IAN McEWAN is the bestselling author of thirteen books, including the novels On Chesil Beach; Saturday; Atonement, winner of the National Book Critics Circle Award and the W. H. Smith Literary Award; The Comfort of Strangers and Black Dogs, both shortlisted for the Booker Prize; Amsterdam, winner of the Booker Prize; and The Child in Time, winner of the Whitbread Award; as well as the story collections First Love, Last Rites, winner of the Somerset Maugham Award; and In Between the Sheets. He lives in London.

Buchbeschreibung Nan A. Talese / Doubelday (New York), 2010. Hardcover. Zustand: New. Zustand des Schutzumschlags: New. 1st Edition. First printing (with full number sequence including the 1). Very Fine in a very fine dust jacket. A tight, clean copy, new and unread. Comes with archival-quality dust jacket protector. NOT price clipped. Shipped in well padded box. SIGNED BY AUTHOR on a special tipped in page--the author's name only, with no other marks or writing. One of an unknown number of such copies especially issued by publisher, but probably somewhere between 500-1,000. Not numbered. Purchased new and opened only for author signature. You cannot find a better copy. Signed by Author(s). Bestandsnummer des Verkäufers signed-fiction-tipped-01