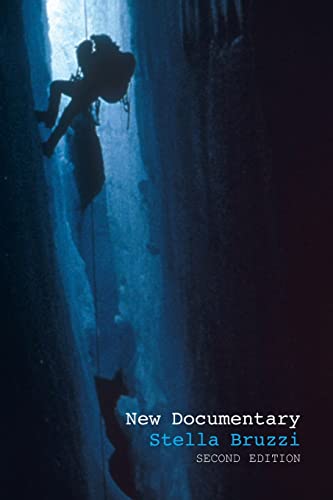 'It's refreshing to find a book that cuts through the tired old debates that have surrounded documentary film and television heralds a welcome new approach.' - Sight and Sound

'This book is going to be essential reading for any media teacher with a serious interest in documentary and is highly recommended for centres selecting 'Documentary' as one of the two 'Textual Topics' on AQA's Media spec.' -  In The Picture

'It's refreshing to find a book that cuts through the tired old debates that have surrounded documentary film and television. It heralds a welcome new approach.'

'Documentary practice changes so fast that books on the subject are often out of date before they are published. Bruzzi's achievement is to have understood the genre as an activity based on performance rather than observation. This is a fresh perspective which illuminates the fundamental shifts that will continue to take place in the genre as it enters its second century.'

New Documentary provides a contemporary look at documentary and fresh and challenging ways of theorising the non-fiction film. As engaging as the original, this second edition features thorough updates to the existing chapters, as well as a brand new chapter on contemporary cinema release documentaries.

Bruzzi shows how theories of documentary filmmaking can be applied to contemporary texts and genres, and discusses the relationship between recent, innovative examples of the genre and the more established canon of documentary.

Buchbeschreibung Taylor & Francis Ltd Jun 2006, 2006. Taschenbuch. Zustand: Neu. Neuware - This text aims to provide a comprehensive account of documentary filmmaking in Britain, the US and Europe since the 1980s. It discusses key genres, filmmakers and issues for the study of non-fiction film and television. 224 pp. Englisch. Bestandsnummer des Verkäufers 9780415385244