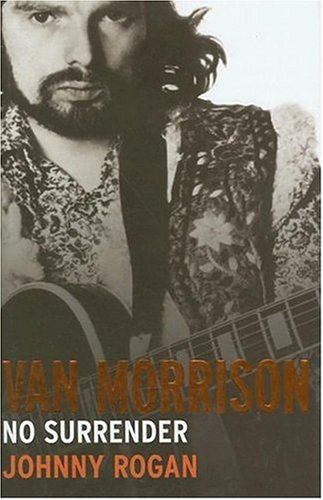 Rogan's got something to hide. What's he hiding? I'd like to write a book about him.' Van Morrison; "No biography is likely to tell you more about Morrison" - Adam Sweeting, Sunday Times

Definitive, provocative, and revelatory, Johnny Rogan has produced a comprehensive portrait of an endlessly complicated man, his music, and the place he comes from. Morrison grew up in 1950s Belfast at a time of an explosion in youth culture and the emergence of a beat scene second only to Liverpool, a vibrant period before the descent into sectarian conflict. For Morrison, whose personality seemed to typify the 'No Surrender' Unionist mentality, this was a time of inner discovery and musical experiment. He was an unlikely star and a publicist's nightmare: short, with plain looks, wavy red hair and a pot belly, he gave fractious Interviews and fell-out regularly with friends and management. After a period of local success in Belfast clubs, and chart success with his band Them, his great solo break came when he moved to America and recorded Astral Weeks, an album which was the start of a period of huge musical and commercial achievement and secured him the status of modern music myth. Over the last five decades, his music has embraced rock, folk, blues, country and jazz, and he remains a hugely influential artist as well as a conundrum of a man. Van Morrison is the definitive book on one our greatest musicians.