Verwandte Artikel zu Rise of the Wolf: 2 (Mark of the Thief)

Nielsen, Jennifer A. Rise of the Wolf: 2 (Mark of the Thief) 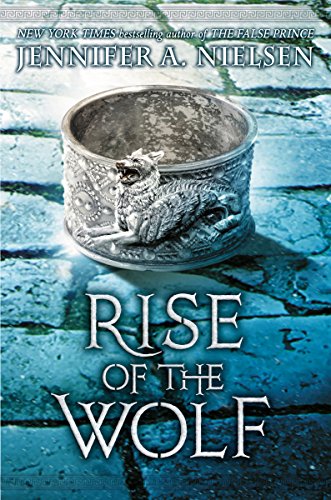 A USA Today Best Book of the Year

A Chicago Public Library "Best of the Best" Children's Book

A Cybils Award Winner
"A page-turner." -- The New York Times Book Review
"Sage proves to be a compelling character whose sharp mind and shrewd self-possession will make readers eager to follow him into a sequel." -- The Wall Street Journal
"A swashbuckling origin story... chock-full of alluring details for adventure-loving boys." -- Los Angeles Times
* "An impressive, promising story." -- Publishers Weekly, starred review
"A fast-paced and thrilling read with twists and turns that never let up." -- School Library Journal
"Gripping." -- Kirkus Reviews
"Should appeal to fans of . . . Suzanne Collins. . . . A sure-fire mix of adventure, mystery, and suspense." -- The Horn Book

Nic may have escaped enslavement in the mines outside of Rome, but his troubles are far from over. The Praetor War -- the battle to destroy Rome from within -- is in full force, and Nic is caught in the crossfire. The secretive Praetors are determined to unlock a powerful amulet -- one sure to bring the empire to its knees. Worse, the Praetors believe Nic holds the key to finding this amulet, and they will stop at nothing to steal it, even if that means harming the people Nic holds most dear.
When the Praetors capture Nic's mother, Nic knows he must do anything to save her. He challenges the Praetors to a chariot race. If he wins, they will release his mother. But if he loses, he must hand over a magic that will certainly bring about the end of Rome as well as his own life. Can Nic once again harness his magic and gather the strength to defeat his enemies? Or will he lose his mother and bear witness to Rome's destruction?