Verwandte Artikel zu The Road Ahead

Bielenberg, Christabel The Road Ahead 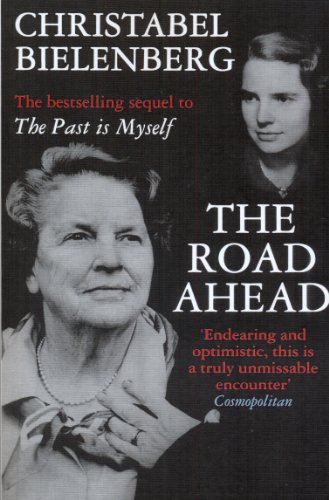 "'Endearing and optimistic, this is a truly unmissable encounter'
Cosmopolitan"

"'Christabel is a very funny writer, but it is the fighting spirit of this remarkable woman, every time she sees an injustice, which really shines through'
Peter Grosvenor, Daily Express"

"'Intimate as a quiet talk round a kitchen table, her wonderful story-book writing leaves its readers the more vulnerable to the terrors she exposes'
Molly Keane, Spectator"

Following the extraordinary success of her wartime memoirs, The Past Is Myself, Christabel Bielenberg received thousands of letters from readers begging her to describe what happened next. The Road Ahead takes up the story at the moment the first volume left off - with the outbreak of peace.

Germany was devastated by war and its aftermath, while Britain seemed grey and exhausted to Christabel. She was soon appointed the Observer's special correspondent in Germany, and, reunited with her husband, Peter (technically an enemy alien), she joined the struggle for reconciliation with, and the rebuilding of, a defeated nation. It was Peter's near-fatal accident and her own illness which decided the young couple to turn their backs on England and Germany and make a new start farming in Ireland.

Life was harsh at first, but predictably Christabel found humour in the accidents of poverty and the many mishaps of country life. The beautiful scenery of the Wicklow Mountains provided a haven for the family and for the hosts of young people from all over the world who joined them each summer. Christabel became involved with the Peace Women of Northern Ireland and learned as much as she could about the adopted country she had grown to love so passionately. Taking her seventieth birthday as a stopping point for a life that even now, some fourteen further years on, is as rich and full as it ever was, she looks back with characteristic modesty and gratitude. Her readers will be enchanted by this second volume of memoirs, as clear-sighted and generous, as honest, funny, touching and brave as The Past Is Myself.