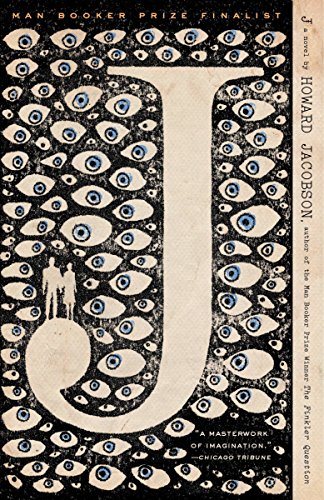 Praise for J "Thrilling and enigmatic...[J's] subtle profundities and warm intelligence are Jacobson's own....its insistent vitality offers something more than horror: a vision of the world in which even the unsayable can, almost, be explained." --Matthew Spektor, New York Times Book Review "A masterwork of imagination flavored with grief." --Jenni Laidman, Chicago Tribune "A fascinating cautionary tale about the paradoxical dangers of assimilation and tranquility." --Sam Sacks, Wall Street Journal "Remarkable... Comparisons do not do full justice to Jacobson's achievement in what may well come to be seen as the dystopian British novel of its times." --John Burnside, Guardian "J is a snarling, effervescent, and ambitious philosophical work of fiction that poses unsettling questions about our sense of history, and our self-satisfied orthodoxies. Jacobson's triumph is to craft a novel that is poignant as well as troubling from the debris." --Independent (UK) "J delivers a gut punch of a plot twist that rests somewhere between hope and devastation. This is a major novel, a rare work that makes readers think as much as feel." --Shelf Awareness (starred) "Top 50 fiction books for 2014" --Washington Post

"Fine, you can call him the British Philip Roth, but J makes me wonder when the hell we're going to have someone with the staggering talent that we can call an American Howard Jacobson." --Shalom Auslander, author of Hope: A Tragedy

"A pleasure, as reading Jacobson always is." --Kirkus (starred) "If you still read novels, Howard Jacobson's J is a novel you should read." --The Awl "Mystifying, serious, and blackly funny... J shows that, for a writer working at the peak of his powers, with the themes of his imagined future very much part of our present, laughter in the dark is the only kind." --Independent on Sunday (UK) "Brilliant...J is a firework display of verbal invention, as entertaining as it is unsettling." --Jewish Chronicle "Readers...will find plenty to think and talk about in Jacobson's remarkable, disturbing book." --Booklist (starred) "J is a remarkable achievement: an affecting, unsettling--and yes, darkly amusing--novel that offers a picture of the horror of a sanitized world whose dominant mode is elegiac, but where the possibility of elegy is everywhere collectively proscribed." --National (UK) "Contemporary literature is overloaded with millenarian visions of destroyed landscapes and societies in flames, but Jacobson has produced one that feels frighteningly new by turning the focus within: the ruins here are the ruins of language, imagination, love itself." --Telegraph (UK) "[J]'s success owes much to the fine texture of its dystopia... As a conspiracy yarn examining the manipulation of collective memory, J has legs, and it's well worth its place on this year's Man Booker longlist... Jacobson has crafted an immersive, complex experience with care and guile." --Observer (UK) "Jacobson...goes from strength to strength. This is a new departure: futuristic, dystopian, not, it seems, the world as we know it. But as we peer through the haze we see something take shape. It's horrible. It's monstrous. Read this for yourself and you'll see what it is." --Evening Standard (UK) "J is a rare combination of moral vision and subtle emotional intelligence...superb." --Lancet (UK) "A provocative dystopian fantasy to stack next to Kazuo Ishiguro's Never Let Me Go, J has the kind of nightmarish twist which makes you want to turn back to page one immediately and read the whole thing again." --Sunday Express (UK) Praise for Howard Jacobson: "A real giant, a great, great writer."
-Jonathan Safran Foer, author of Everything is Illuminated "Mr. Jacobson doesn't just summon [Philip] Roth; he summons Roth at Roth's best."
-Janet Maslin, New York Times "Jacobson's capacity to explore the minutiae of the human condition while attending to the metaphysics of human existence is without contemporary peer."
-Daily Beast Rese˝a del editor:

“J is a snarling, effervescent, and ambitious philosophical work of fiction that poses unsettling questions about our sense of history, and our self-satisfied orthodoxies. Jacobson’s triumph is to craft a novel that is poignant as well as troubling from the debris.” —Independent (UK)

Man Booker Prize–winner Howard Jacobson’s brilliant and profound new novel, J, “invites comparison with George Orwell’s1984 and Aldous Huxley’s Brave New World” (Sunday Times, London). Set in a world where collective memory has vanished and the past is a dangerous country, not to be talked about or visited,J is a boldly inventive love story, both tender and terrifying.
Kevern Cohen doesn’t know why his father always drew two fingers across his lips when he said a word starting with a J. It wasn’t then, and isn’t now, the time or place to be asking questions. When the extravagantly beautiful Ailinn Solomons arrives in his village by a sea that laps no other shore, Kevern is instantly drawn to her. Although mistrustful by nature, the two become linked as if they were meant for each other. Together, they form a refuge from the commonplace brutality that is the legacy of a historic catastrophe shrouded in suspicion, denial, and apology, simply referred to as WHAT HAPPENED, IF IT HAPPENED. To Ailinn’s guardian, Esme Nussbaum, Ailinn and Kevern are fragile shoots of hopefulness. As this unusual pair’s actions draw them into ever-increasing danger, Esme is determined to keep them together—whatever the cost.
In this stunning, evocative, and terribly heartbreaking work, where one couple’s love affair could have shattering consequences for the human race, Howard Jacobson gathers his prodigious gifts for the crowning achievement of a remarkable career.
From the Hardcover edition.