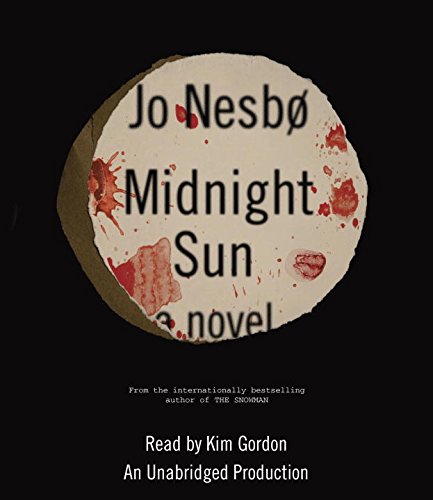 "This forcefully written story of personal defeat, despair, and salvation sends a man off to lose himself in the wilderness--where he finds himself instead." --The New York Times Book Review

"Readers who like their crime fiction cut-to-the-bone lean will love the opening pages of Jo Nesbø's new, swift-moving existential thriller. . . . A compelling exploration of love, faith, the meaning of life and redemption." --Richmond Times-Dispatch

"A fun read, with a likable protagonist and a brisk, page-turning pace. Nesbø is a talented storyteller and his narrative intuition is on full display." --Los Angeles Times

The internationally acclaimed author of Blood on Snow and the Harry Hole novels now gives us the tightly wound tale of a man running from retribution, a renegade hitman who goes to ground far above the Arctic circle, where the never-setting sun might slowly drive a man insane.

He calls himself Ulf—as good a name as any, he thinks—and the only thing he’s looking for is a place where he won’t be found by Oslo’s most notorious drug lord: the Fisherman. He was once the Fisherman’s fixer, but after betraying him, Ulf is now the one his former boss needs fixed—which may not be a problem for a man whose criminal reach is boundless. When Ulf gets off the bus in Kåsund, on Norway’s far northeastern border, he sees a “flat, monotonous, bleak landscape . . . the perfect hiding place. Hopefully.”

The locals—native Sami and followers of a particularly harsh Swedish version of Christianity—seem to accept Ulf’s explanation that he’s come to hunt, even if he has no gun and the season has yet to start. And a bereaved, taciturn woman and her curious, talkative young son supply him with food, the use of a cabin deep in the woods, a weapon—and companionship that stirs something in him he thought was long dead.

But the agonizing wait for the inevitable moment when the Fisherman’s henchmen will show—the midnight sun hanging in the sky like an unblinking, all-revealing eye—forces him to question if redemption is at all possible or if, as he’s always believed, “hope is a real bastard.”
From the Hardcover edition.